As a formal investigation continues into the use of certain fire-fighting foams in New Zealand, airports are being identified as still having stocks of the foams, use of which has been restricted since 2006 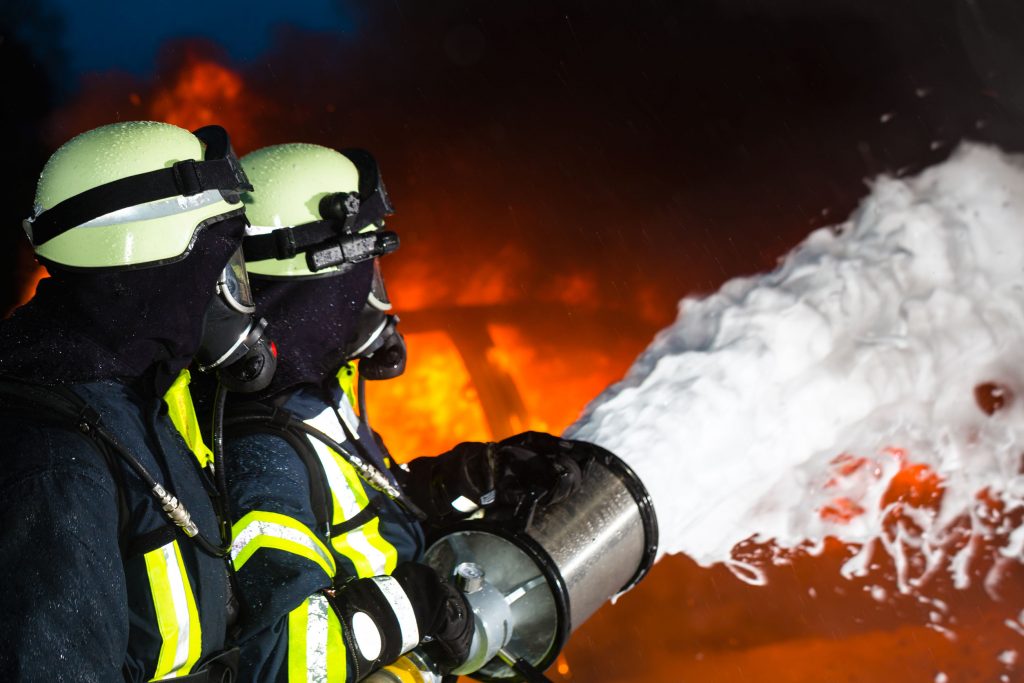 Fire-fighting foams manufactured with the chemicals PFOS and PFOA were the standard from the 1970s until the early 2000s.

Since 2011, no import, manufacture or use of the compounds is permitted in New Zealand.

Australia has had an ongoing response to the use of these fire-fighting foams in recent years, notes Dr Amy Heffernan, NHMRC-ARC Dementia Development Research Fellow, The Florey Institute of Neuroscience & Mental Health, Australia.

PFOS and PFOA are part of a family of chemicals known as per- and poly-fluoroalkyl substances (PFAS), Heffernan explains.

“PFAS are used mainly as surfactants, that is, as detergents, foaming agents, and emulsifiers.

All members of the PFAS family, including PFOS and PFOA contain fluorine atoms, Heffernan adds.

“The carbon-fluorine bond is exceptionally strong, and this property is what makes them useful for industrial applications.

“It also means PFAS don’t break down easily in the environment, can travel long distances (e.g. through contaminated groundwater), and bioaccumulate in the food chain. In humans, it takes 4-5 years for the amount of PFAS in your blood to reduce by half (3.8 years for PFOS and 5.4 years for PFOA).”

In 2009 PFOS and PFOA were listed were listed under the Stockholm Convention, an international environmental treaty that aims to eliminate the use of persistent organic pollutants.

“Participating countries are required to eliminate or reduce the release of these chemicals into the environment,” Heffernan notes.

“Australia and New Zealand are both signatories to the original agreement, but have not ratified the amendments covering PFOS and PFOA.

“The Australian Department of Environment called for ratification in October 2017.”

There is concern about environmental contamination with PFOS and PFOA because they are persistent, capable of long-range transport, and bioaccumulate, Heffernan says.

“It for these reasons that PFOS/PFOA were included in The Stockholm Convention on Persistent Organic Pollutants (all the other chemicals, like the notorious DDT fit these same criteria).

“In practice, this means that even if the contamination event is localised e.g. in Australia or New Zealand, the chemicals can be transported all over the world.

“If these animals are also consumed by humans, as is the case for seafood, it can result in human exposure.”

This study describes the redistribution of PFAS through the immediate environment in Oakey, Australia.

There is a deep divide in the scientific community regarding the human health effects following PFAS exposure, Heffernan admits.

“ A study of 70,000 residents exposed to PFAS-contaminated drinking water was undertaken in West Virginia, USA.

“Additionally, in 2016 the United Nations found that PFOA was likely to ‘lead to significant adverse human health and environmental effects such that global action is warranted’.

A study commissioned by the Department of Health & Human Services [Victoria, Australia] summarises the most recent evidence of possible adverse health effects.

“The main concern is regarding association with thyroid disease, reproductive and fertility changes, neurodevelopmental effects, effects on blood lipids, and immunomodulation.

“Note, these are associations, and do not provide evidence that PFAS cause any of these conditions,” Heffernan advises.

“However, Commonwealth Government [i.e. Australian Federal Government] enHealth Guidance Statements (last updated September 2017) advise that ‘research has not conclusively demonstrated that PFAS are related to specific illnesses, even under conditions of occupational exposure’.”

Heffernan knows “that there are some remediation options for contaminated sites, but admits she doesn’t know the details.

“CRC CARE has developed a clay-based sorbent to remove PFAS from soil and wastewater, and an oxidising agent that breaks down PFAS into smaller, harmless molecules.

“This technique can be used to treat contaminated wastewater and groundwater.

PFOS and PFOA are both ingredients of fire-fighting foams used across Australia since the 1970s.

“This use has resulted in widespread contamination of surrounding environments, including leaching into groundwater and the local wildlife,” Heffernan says.

“In some towns this has had an economic impact, affecting the commercial fishing industry and local property prices.

“More than 100 sites around Australia are affected, including metropolitan and regional airports, rural and urban firefighting stations, industrial sites and military bases.

“In two of the most contaminated military sites, Oakey (QLD) and Williamtown (NSW), residents have launched class action against the federal government.”

The risk of PFAS to human and environmental health was recognised in the early 2000s.

“Airservices Australia, which is largely responsible for airport firefighting services, switched to a PFAS-free fire-fighting foam in 2010; the Australian Department of Defence continues to use PFAS-containing foams.

“The main route of human exposure to PFAS is via contaminated food or water. Based on a review of the scientific evidence by Food Standards Australia and New Zealand (FSANZ), the Commonwealth Department of Health has established Tolerable Daily Intake (TDI) values for PFOS (0.02 µg/kg/d) and PFOA (µg/kg/d).”

The Australian and New Zealand Guidelines for Fresh and Marine Water Quality have also been updated to protect aquatic ecosystems.

“In January 2018 the PFAS National Environmental Management Plan was released.

“It includes guidelines and recommendations for the investigation and management of PFAS contamination following extensive public consultation.

“Additionally, the Australian government committed $12.5 million over four years to establish a National Research Program to study the potential effects of PFAS exposure on human health.

“Community support packages are offered in some affected areas.”

Advice from an expert health panel convened by the Australian Dept of Health to assess potential health impacts of exposure is due to be released publicly later this month.

More information is available on the EPA and MfE websites including health info.