Crisis preparation and management standards are falling short in almost a third of businesses, a Chemtrec global study reveals 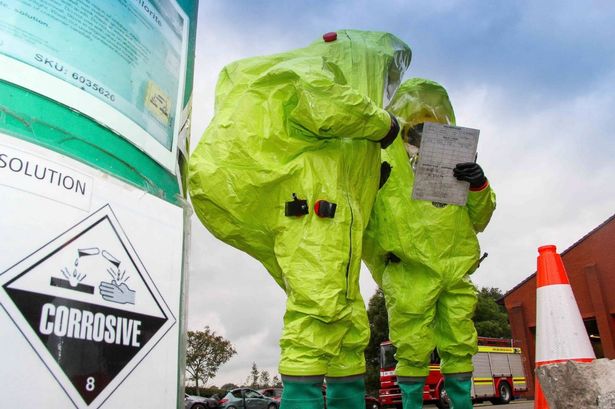 The study asked respondents from organizations across the chemical industry anonymously to rank their organization’s emergency preparedness levels.

The survey shows that almost a third of businesses (28%) under-prioritize their chemical emergency response and crisis management, with 63% being coordinated by management or department teams rather than at a C-suite level (19%) and less than 3% of organizations employ a full-time crisis management professional.

In ranking their organization’s preparedness for a crisis out of 10, where 10 is the most prepared, 17% gave their companies a score of five or lower.

Amidst a series of environmental crises such as the Colonial Pipeline spill, the biggest in the last decade, which resulted in a pipeline shutdown and subsequent gas shortages across several US states, emergency preparedness and crisis management is coming under greater scrutiny.

Chemtrec surveyed crisis leaders across their broad customer base, including chemical producers, logistics partners and end users, to determine the level of crisis readiness globally.

The company particularly wanted to identify the level of coordination between business continuity and crisis management systems. The two systems should be fully integrated, whilst one part of the organization deals with the crisis event, the other needs to consider the impact on the organization’s core services and implement workarounds to ensure the organization can continue to deliver its key services to stakeholders.

Despite this, only 11% of respondents feel the two systems are integrated, with 33% saying they’re not clear how the two systems operate and respond in a unified manner during a crisis. This is despite the knowledge that a fully functioning relationship between the two is crucial to ensuring businesses reputation is maintained should disaster strike.

Chemtrec also sought to discover to what extent global businesses conducted regular crisis simulation exercises to test whether policies and plans are fit for purpose. Good practice recommends that simulation exercises occur at least annually, however, 19% stated exercises occur only every two or more years at best, and 18% of businesses admitted to having no stress testing plans at all.

“The survey has shown us that businesses across the world are putting crisis management and emergency preparedness plans in place, but many are not doing enough to ensure they’re enforced, stress tested or kept up-to-date.

“This is not necessarily down to negligence, however, as all companies who responded to the survey indicated a desire to improve their capabilities. What is clear from the survey is that there is a lack of specialist knowledge in the field, with some team members holding crisis management roles in addition to their busy day jobs.”

To find out more and see further guidance on crisis management and emergency preparedness visit: www.chemtrec.com