There may have been great advancements in technologies and products to assist workers inside confined spaces, but Gordon Anderson claims one serious safety issue that has gone unresolved for many years still remains. 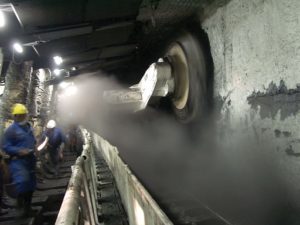 Anyone involved with confined spaces knows that approximately 60 per cent of confined space fatalities are due to the sentry (and sometimes others too) rushing in to attempt a rescue when a workmate collapses inside the space.

The consequences of this can mean that no one has raised an emergency call and the site management are blissfully unaware of the situation unfolding.

By the time a passer-by notices that the sentry is not on duty and does launch a proper rescue, then is often too late. Due to the passage of time, what should have been a rescue has become a body recovery.

This issue has resisted all of the attempts at hazard controls that have been applied because most of these controls are administrative in nature, and, unlike the workers inside the space, there are no engineering controls applied to the sentry outside the space to ensure that he stays on station during an emergency.

Way back in the ‘70s confined space entry training courses emphasised that an individual must never rush in to attempt a lone rescue, but 40 years later that exact problem is still recurring and causing fatalities.

It is difficult to find one central database of accurate information regarding confined space fatalities worldwide, but some estimates are around 1,000 to 1,500 per year within a wide range of industries.

Another interesting factor is that 30 percent of confined space fatalities occur within spaces that have been ventilated, tested and permitted as “safe”, so the presence of a sentry is vital to safety and is mandated within international codes of practice and regulations for confined space work.

But none of these have solved the problem – and there’s no reason to believe that repeating more of the same will make any difference.

It’s therefore time to think about this differently and take a different approach by assessing and understanding the human behaviour factors involved.

The key questions are why do educated, trained people sometimes ignore the rules, regulations, training, signage, and permit to work conditions and “decide” to rush in – needlessly putting themselves and others at risk? And secondly what can be done about it?

The answer to the first question is “they don’t” – i.e. there is no “conscious decision” involved! Current neuroscience says that about 85 percent of our daily actions are subconscious and habitual – not deliberate actions. It follows then that if a person isn’t making a decision to enter, then maybe it’s difficult to make a decision not to enter.

When a sentry notices that a colleague has passed out in a confined space, this traumatic situation triggers a 100,000-year-old response that has been with us since we were hunter-gatherers and were in turn hunted by larger animals.

One of the most primitive parts of the sentry’s brain, the amygdala, hits the “panic button” and takes over. It is “fight” or “flight” time and his nervous system floods his body with adrenalin.

It is quite common for people to say in an emergency that they can’t “think straight” and they are right. Neuroscientists say the amygdala “hijacks” the pre-frontal cortex, the part of the brain that thinks things through and makes “conscious decisions”.

In the case of a confined space incident, the sentry’s amygdala makes the “decision” to go in and pull his buddy out – “fight” instead of “flight”.

The rush of hormones surging through his brain makes it impossible for his steady-thinking prefrontal cortex to assess the risk. All of the classroom training, procedures, signage, permit conditions, rules and regulations count for nothing.

That is why training and administrative controls haven’t solved the problem and the 60 percent issue will keep recurring unless we try something different.

It’s time that we accepted and understood this human frailty and therefore turned our attention to the second question “what can we do about it”?

If we accept that we cannot always stop the sentry from rushing in, then surely the next best thing is to know that the sentry has left his post?

If the site management could be informed immediately when this happened, then at least they could launch a prompt and properly resourced rescue with a better chance of successfully rescuing those people inside the space. This would surely be more dependable than hoping the sentry would remember his training.

Local company Net Gain Enterprises Ltd. may have solved the problem with its patent-pending design of an innovative system designed to electronically monitor the presence of the sentry and create an alarm in his absence.

The alarm can be both local and/or over a wide area and works by utilising a variety of everyday electronic equipment, including Wi-Fi, computer screens, cell phones and walkie-talkies.

The system consists of a combination and reconfiguration of existing technologies that are readily available, and Net Gain’s searches have revealed no other product like it is currently available.

The company is currently seeking a development partner to help take the product to market, so hopefully this new approach and application of an engineering control will soon start saving the lives of workers in confined spaces – both in New Zealand and overseas.

Gordon Anderson is a director of Net Gain Ltd and a practising safety professional, registered safety auditor and engineer with wide experience in the manufacturing, marine, insurance, public safety, and service sectors