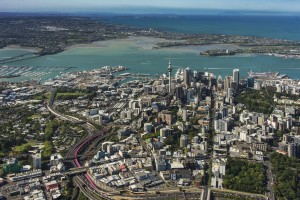 Labour leader Andrew Little believes the authority would need to buy land compulsorily to put together land parcels big enough for bulk developments. “There will have to be acquisition powers,” he says.

Labour would give $2 billion in revolving capital to the Ministry of Business, Innovation and Employment to tender for some of the homes itself.

An initial establishment fund of $100m will be allocated to the Affordable Housing Authority, following which it will be expected to finance itself from its own activities.

The proposed authority would work with private developers willing to build at least 50 per cent of new homes in a development below the “affordable” limits of $600,000 and $500,000.

Labour notes that just 9,400 new houses were consented in Auckland last year, despite more than 13,000 new houses being needed to keep up with population growth.

The government’s estimate that only five per of new builds are priced in the lowest quartile means fewer than 500 “affordable” houses will be built in Auckland this year.

The party claims that there is no single body tasked with driving the construction of affordable homes.

Labour says it will solve this problem by:

The Affordable Housing Authority will have access to fast-tracked planning powers to cut through red tape and speed up development.

This coordination with communities and the private sector, combined with the Affordable Housing Authority’s powers and control of crown land, will enable rapid development of large-scale projects focused on affordable housing.

Likely areas for development in Auckland include Crown land sites, brownfield development sites throughout the city, and greenfield growth areas such as Whenuapai, Drury, and Kumeu. Revitalisation projects outside Auckland could include places like South Dunedin and the East Frame in Christchurch.

A crown entity that won’t pay a dividend to the crown, the Affordable Housing Authority will drive the delivery of Labour’s KiwiBuild programme,

KiwiBuild aims to deliver 100,000 affordable houses over ten years for first home buyers, half of which will be built in Auckland.

The policy also proposes three new measures to crack down on speculators driving up land prices: