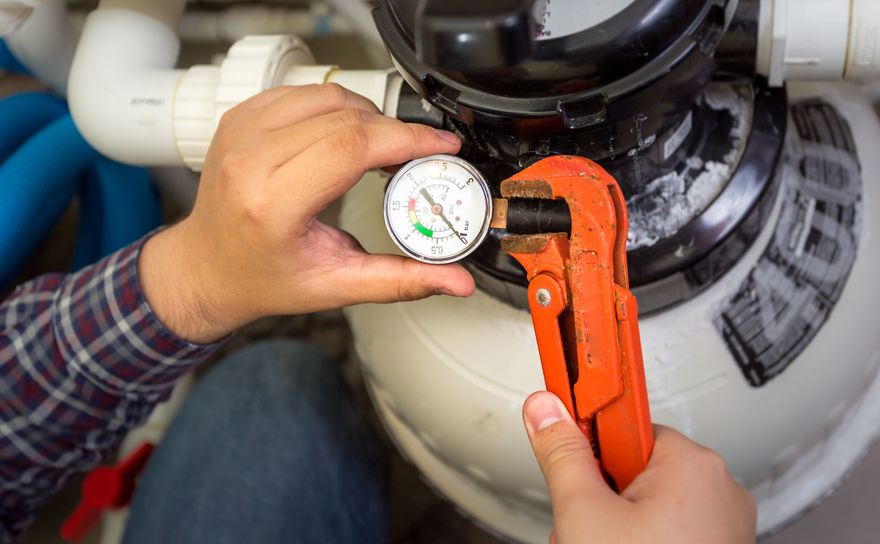 The pump was on a dairy farm in a very small pump shed.

The farm had pressure control issues with a water pump for approximately three days prior to the accident. The pump supplied water across the farm for stock drinking water.

The bottom blew out of the cylinder propelling it out through the roof of the pump shed.

The pump shed was destroyed and the electrician was fatally injured by the pressure release explosion.

The water pump cylinder was in a very poor condition

The cylinder was over 20 years old. It was in a very poor condition showing severe pitting corrosion to the rear external side-wall of the cylinder and in the lower third of the internal surface.

No pressure relief valve had been fitted to the pumping system

The data plate on the pressure cylinder clearly identified it had a safe working pressure of 125psi. A new replacement pump had been installed approximately two years earlier, and was capable of pumping a pressure of 165psi.

No Pressure Relief Valve (PRV) was fitted to the pumping system to protect the aging cylinder from the ncreased pressure rating of the new pump.

The ‘Loss of Prime’ switch was not fit-forpurpose as it was installed.

A single function pressure control switch – ‘loss of prime’ shut off was installed without a pressure switch in series with it. This allowed the pump to over-pressurise the cylinder beyond its pressure capability.

The ‘Loss of Prime’ switch installed was assumed to control both lower and upper pressure limits of the pump; however, this was not the case.

The pump quickly over-pressured the cylinder beyond its pressure capability, which together with the condition of the cylinder resulted in the catastrophic failure of the pressure cylinder.

A combination of, but not limited to, the following factors, may have contributed to the catastrophic failure of the pressure cylinder: