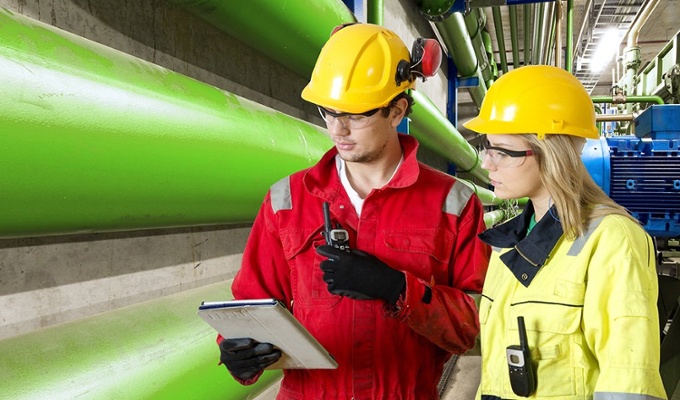 There are many reasons why these checklists are useful.

The problem with such a simple and repetitive tool, however, is that it can feel overly nitpicky and detail oriented.

Many workers are resistant to checking boxes for tasks they believe they are capable of doing without adding this tedious step.

That is, until they overlook a detail.

Why the checklist isn’t overkill

I know what I’m doing, goes the expert’s thinking; I don’t need to be reminded of every detail. Don’t tell me how to do my job.

However, it’s that sort overconfidence that can lead to complacency, which can then lead to missing small, routine details.

And it’s those details that can be the difference between another day in the factory and a disaster.

That’s what the pilots and crew of the Boeing “flying fortress,” a technologically advanced airplane in its time, experienced on October 30, 1935, in a military demonstration.

They forgot to unlock the elevator lock: the elevator controls the movement of the nose of the plane up or down.

As such, the pilots couldn’t control the plane, and it crashed, killing two people onboard.

This is recounted by Shankar Vedantam in the Hidden Brain podcast episode “Check Yourself”.

He goes on to say that it wasn’t that the crew was not trained enough. The problem was about human psychology.

“Pilots were not screwing up because they weren’t competent,” says Vedantam.

“They were screwing up because they were very good… They didn’t feel the need to slow down, go over the basics.”

This prompted the military to implement the checklist.

“The [checklists]cover what, to a trained pilot, might be mind-numbingly obvious,” says Vedantam.

To such trained experts, having to attend to these details can feel insulting. This leads to resistance.

Addressing the psychological and mental health elements of workplace safety plays an important role in many aspects of safety compliance.

“Checklists can help experts slow down,” notes Vedantam, “but only if they bother to listen.”

How to overcome resistance? One approach Vedantam learned of is storytelling.

Reminding people of situations where experts missed a step and tragedy was the outcome—as with the flying fortress—makes an impact.

It demonstrates how even the best don’t always get it right.

In testing checklists in hospitals, it became evident that in top-down bureaucratic systems, this safety measure wasn’t as likely to work.

People don’t like being told what to do, especially when they don’t understand the value.

The important element, then, is to explain why the checklist is important.

People are far more likely to follow procedure that they themselves see as a valuable use of their valuable time.

No company wants to waste employees’ paid time, so it’s in everyone’s best interest to have checklists that are thorough and useful.

To help create an efficient, effective system, it’s critical to get feedback from your team about what to include in your facilities safety audit checklist.

Employees are the ones on the ground, so they understand where trouble could strike.

They also see the changes that happen in the workplace, which leads to changes in the checklist.

When people feel like they have a say in the processes they are asked to follow, they are more likely to get on board.

Even if you get your team on board with implementing the general facility safety inspection checklist, the hard truth is that checklists can get boring.

And even the most well-meaning staff member can get distracted or glaze over.

So keep your facilities inspection checklist and its execution fresh and lively:

Van Halen required a bowl of M&Ms backstage, with all of the brown ones removed.

Sounds rather diva-ish, but there was sound thinking behind the mandate. It let the band know that the entire contract checklist had been read.

The band’s show featured new high-powered equipment that could be very dangerous if not handled properly.

If there were brown M&Ms, it was an indication that details may not have been addressed.

For your checklist, then, consider adding an oddly specific request.

But let your staff know ahead of time that there will be something unusual to find in the checklist; you’re not trying to dupe them after all.

This is just a way to make sure they’re paying attention.

Highlight when the checklist saved the day

In addition to telling stories about when checklists didn’t work, be sure to highlight when they did.

Share stories of successes at other companies, as well as your own.

Also point out when a staff member contributed to your checklist procedure in a meaningful way.

Where to start, where to go

If you’re at a loss on how to start your checklist, or if you want an example that may clue you in to something you might be missing, a good starting place is this general facility safety checklist. From there, add or delete items as needed.

The ultimate goal is to create a facility safety checklist that is specific and efficient, one that your staff will appreciate and use.

This post was originally published on the Slice Workplace Safety blog. Slice designs safer cutting tools, such as box cutters and its Smart-Retracting Utility Knife. Learn more on the Slice website