WorkSafe accepts enforceable undertaking from Zespri, while the court delivers Tasman Tanning a $380K fine for a repeat offence. 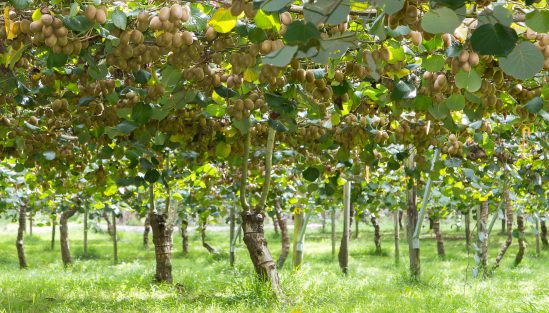 The undertaking by Zespri follows a fatal quad bike incident in a Tauranga orchard in May. WorkSafe alleges that Zespri had failed under the Health and Safety at Work Act 2015 (HSWA) to ensure, so far as was reasonably practicable, the health and safety of a worker. Three other parties have also been charged in connection with this incident.

This is the fourth enforceable undertaking accepted by WorkSafe under the HSWA; a tool that is increasingly being used, in appropriate cases, as a positive alternative to prosecution.

WorkSafe Manager Technical Programmes and Support, Simon Humphries, said the decision to accept the enforceable undertaking was appropriate when considering all the circumstances of this case.

“An enforceable undertaking is not usually an accepted alternative to prosecution where an alleged contravention has resulted in a fatality. In this case, the failures alleged of Zespri were not directly causative of the worker’s death,” he said.

Under the enforceable undertaking, Zespri International Limited committed to initiatives including:

Meanwhile The Tasman Tanning Company was fined $380,000 and ordered to pay reparations to the victim of $18,000 following an incident last year where a forklift driver was exposed to hydrogen sulphide gas, a well-known hazard in the tanning industry.

The worker was shifting containers when he was overcome by the gas, losing consciousness twice, resulting in a concussion, facial gashes and a nose injury.

WorkSafe says businesses must learn from their health and safety mistakes and ensure changes are effective and address the risks in the workplace.

Tasman Tanning has a prior conviction for failing to ensure its employees’ safety at its other Wanganui plant after exposure to hydrogen sulphide gas left four workers unconscious in 2012.

WorkSafe’s investigation into the 2016 incident found multiple failings by the company including a lack of training and warnings, failure to provide personal gas monitors, ineffective communication between workers at shift changes and failure to have policies in place to adhere to safe operating procedures.

“Tasman Tanning was well aware of the risk posed to its workers by hydrogen sulphide exposure. Following the 2012 incident, they said they would sharpen up their processes and while they implemented some changes, they still failed to mitigate risks appropriately” commented WorkSafe’s Chief Inspector Response and Investigations Keith Stewart.

“These failures led to unnecessary and unacceptable injuries to a worker.  When a business is held to account for breaches of the law, ensuring the breaches aren’t repeated is a cornerstone of good health and safety practice.” he said.

The Tasman Tanning Company Ltd was charged under sections 36, 48(1) and (2)(c) of the HSWA where the maximum penalty is a fine not exceeding $1.5 million.