A construction company has been fined $200,000 after a worker fell from the scaffold they had been told to assemble, despite their lack of experience 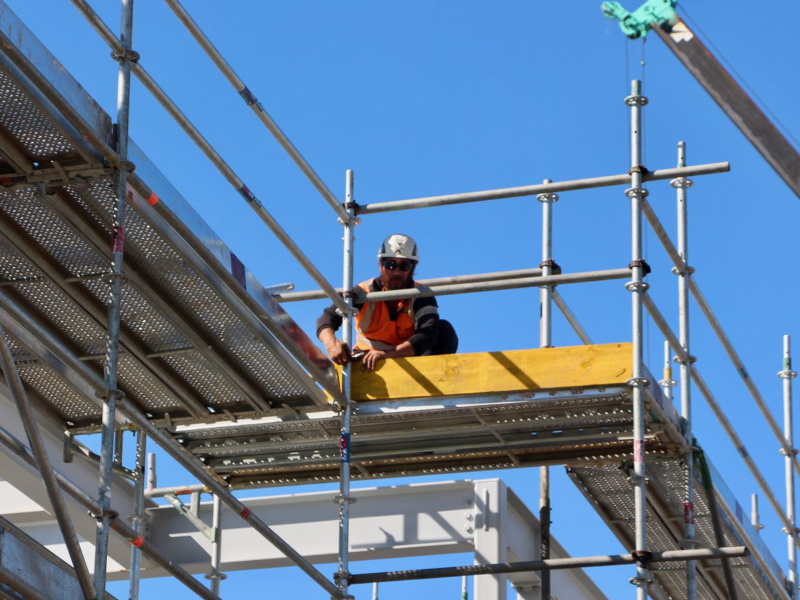 Scaffolds will only keep workers safe if they are erected by someone with competence experience, says WorkSafe. If not constructed correctly, they can put workers at risk.

W Gartshore Limited is a construction company which specialises in shop fit-outs and retail joinery. In September 2018 the company was involved in a shop fit-out at Westfield Manukau Shopping Centre when a worker fell from a mobile scaffold and sustained serious injuries including a broken back, fractured skull and a traumatic brain injury.

WorkSafe’s subsequent investigation found that the mobile scaffold had been disassembled to allow tiles to be laid, and the victim, whose experience erecting mobile scaffolds had not been established by the company, was then asked to erect it once again.

The investigation found several issues with the structure at the time of the incident. The platform had been installed above the maximum height and there was no room for a top handrail making it dangerous to be used.

“The scaffold, when not correctly erected, was unsafe, did not meet standards and should not have been in use,” said WorkSafe’s Area Manager Danielle Henry.

“Scaffolds are designed to allow safer work from a height however, if they are not designed and erected correctly they put workers at greater risk.

“Where scaffolds are needed, businesses must adhere to standards and guidance to ensure they are fit for purpose and will keep workers safe. This means they must be constructed and checked by a competent person before and during use.

“W Gartshore Limited should have ensured that they had a competent person erect or check that it had been erected correctly before and while it was in use. Instead, they cut corners to get the job done. As a result this victim has suffered from injuries that have continued to affect them to this day.”

W Gartshore was fined $200,000 at the Manukau District Court today.