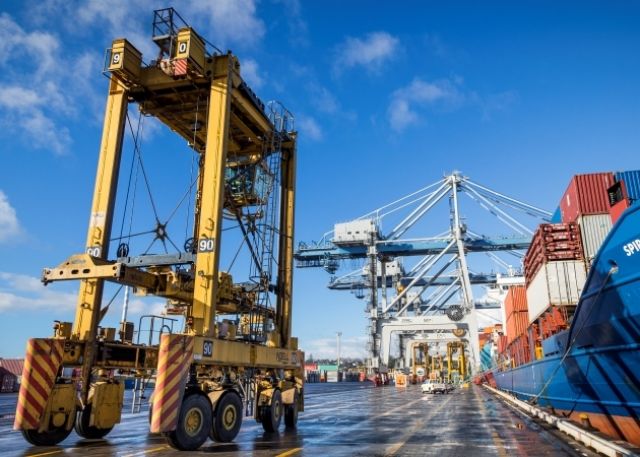 In August 2018 a stevedore at the Ports of Auckland was loading and unloading containers on to ships, using a straddle carrier (a freight carrying vehicle).

While attempting to carry out a U-turn, the straddle fell to its side. The victim later died in hospital from serious injuries sustained in the incident.

WorkSafe’s investigation found the Ports were not implementing safe procedures off the back of alarmingly high tip alarm rates.

When straddles took corners too fast, a tip alarm would signal. The Port was receiving reports at the time of the incident which showed tip alarms were being activated regularly, yet weren’t acting on the concerns raised as a result of those tip alarm activations.

The Ports also had a bonus system in place which rewarded drivers for productivity. While it was conditional on health and safety compliance, the Ports had done nothing to promote safe driving and counteract any incentive to achieve greater productivity at the expense of safety.

The driver was also not wearing their seatbelt when the incident occurred.

Our investigation found the Ports of Auckland had failed to monitor compliance with fundamental safety requirements.

The Ports of Auckland Limited was fined $540,000 and ordered to pay reparation of $136,000 to the victim’s family at the Auckland District Court on Friday 4 December.

Ports are dangerous places and it is vital that systems, including fault recording systems such as tip alarms, and the information received from those systems is monitored.