A recent report by global management consultants McKinsey & Company on why nurses want to leave contains valuable lessons for New Zealand. It’s not all about money 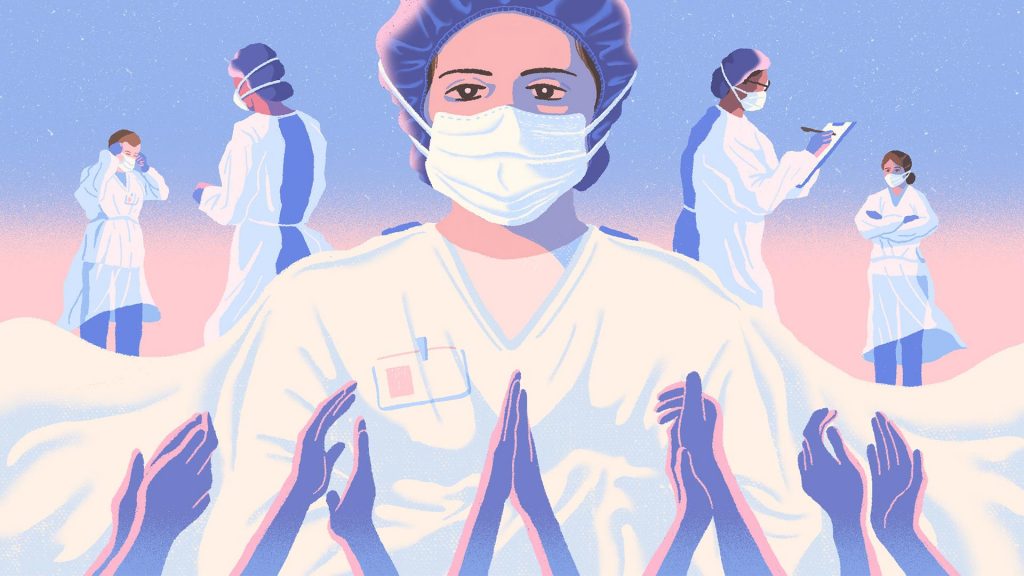 “They pay little more than lip service to the actions they need to undertake to keep our nurses at
home, safe and happy in their vital tasks,” says Industrial Safety News publisher Mike Bishara.
Once cynically charged expressions are looking less and less like harbingers of doom and more and
more like accurate assessments of the future, he says.

“Blessed are the young, for they shall inherit the national debt, a ravaged planet and a failed health
system.

“A start in working on a solution to the last item is not rocket science – we need to upgrade our
nurses’ skill base, attract them here and keep them here. Few would question that they are the key
for decades to come to ensure the effective implementation of patient care plus medical and
technological advances.

“We need to send a strong wake up call to our moribund immigration department to ditch its elitist
immigration policies and get nurses to choose New Zealand in the face of intense global pressure for
their services. This can’t wait for another ‘ministerial consultation’ with unnamed sources,” says
Bishara.

The McKinsey survey found that, while compensation and a view of total monetary rewards are
important for those who plan to stay in their jobs, they also cited reasons that go beyond salary.
Factors such as feeling engaged by work, doing meaningful work, and maintaining good health were
the top drivers in surveyed nurses’ decisions to stay in the profession.

The survey asked frontline nurses if they want to stay in their current role. Between 28 and 38
percent indicated they were likely to leave their current role in direct patient care in the next year.
The lesson for New Zealand lies in the survey findings which found “a striking degree of consistency
around how nurses feel in their roles today, despite the different healthcare systems and delivery
networks in each of the six countries” they surveyed.

“Sorry, no easy escape route there for politicians about different needs for different countries,” says
Bishara. “The survey covered countries with diverse economies and cultures — Brazil, Singapore ,
Japan, UK, France and the US.

One thing is becoming clear, the survey found. A substantial population of nurses are expressing a
desire to leave direct patient care which means a growing risk of nursing shortages around the
world.

“This would seem a cost-effective opportunity for New Zealand to offer jaded and weary nurses a
chance to refresh themselves and their careers by immigrating to New Zealand,” says Bishara.
The report says that by learning and sharing promising paths forward across nations, stakeholders
could support their clinical workforce and look to solve what has become a consequential global
problem.

Positive leadership initiatives—such as directors rounding once a week to show support—have been
correlated in studies with higher retention, reduced medical errors and administrative efficiency.
The report outlines steps employers could consider in an effort to provide nurses with better
support.

Nurses cited lack of recognition and being overworked and understaffed as contributing factors in
their decision to leave direct patient care.

Surveyed nurses said they were drawn to opportunities where they could have a break from the
stress and challenges of direct patient care.

The reasons for leaving vary. In some countries, more than half of respondents said their decision to
leave was not directly related to the Covid pandemic.

While the percentage of nurses leaving may have grown in countries such as the United States,
currently about half of all nurses in surveyed countries said their likelihood to leave or stay was the
same or unchanged since the COVID-19 pandemic began.

“All things New Zealand can offer at little direct cost with a change of attitude and direction and a lot
less bureaucracy. It’s an obvious direction which allows us to compete with the big money offered by
some countries,” says Bishara.

Japan was the only country with respondents including compensation among their top three factors.
Feeling valued by a manager and efforts to create positive working environments were ranked with
high importance in the report.

In the United Kingdom, for example, 63 percent of respondents said “positive interactions” were
important and 49 percent said feeling “valued by manager” was important. Respondents cited
recognition and more work breaks as helpful for well-being.

Respondents in France, the UK, and the US cited the ability to work three shifts per week while
keeping full-time status as a priority.
Many surveyed nurses indicated uncertainty around whether they had enough advanced clinical
skills. Across all countries, nurse respondents reported being less confident about their advanced
clinical skills.

Japanese respondents also listed less confidence in having enough technical skills and higher
analytical skills, such as interpreting new data and analysis.
If companies make a concerted effort to better understand why employees are leaving and take
meaningful action to retain them, the Great Attrition could become the Great Attraction, the report
says.

No matter the country, examining what is important to nurses and why they leave could help
organisations adjust.

Healthcare stakeholders in all countries may consider strategies to recognise the contributions of
nurses, embed more breaks, create positive interactions, and build caring teams, all with the goal of
boosting well-being in the workforce. In the long term, these efforts could improve retention.
Health systems may find that positive environments reflecting nurses’ priorities may attract new
workers or lure back those who have left direct patient care over the past two years.
In the long run, investment in nurses could offer stability and support top-quality care for patients,
the reports says.

Nurses who responded that they were unlikely to leave their current role may be motivated by a
variety of factors, such as financial considerations, plans to retire, or plans to further their education,
but more research is necessary to determine the specific factor, the report notes.

The survey report was prepared by McKinsey staffers Gretchen Berlin, RN, a senior partner in
McKinsey’s Washington DC office, where Faith Lyons is a consultant; Connor Essick is a consultant in
the Bay Area office, where Meredith Lapointe is a partner. Catherine Wilkosz and Grace Li
contributed to this article. Mike Bishara is the publisher of Media Solutions’ three titles AsiaPacific
Infrastructure, Property&amp;Build and Industrial Safety News.