Being tired on the job is a real health and safety issue that many businesses have to grapple with, a HASANZ conference keynote speaker maintains. 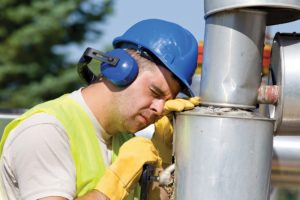 The director of the Appleton Institute at the Central Queensland University campus in Adelaide, his research on the effects of shift work and sleep loss on the health and well-being of employees is internationally recognised and applied in many organisations.

Predicting how tired someone should be based on their hours of work is problematic says Dawson, who visited New Zealand as a guest of the recent Health and Safety Association of New Zealand (HASANZ) to share his learnings at its first conference.

“The best predictor of how tired you will be is how much sleep you’ve had in the 24 and 48 hours previous to starting work, and how long you’ve been awake,” he explains.

“And you shouldn’t have been awake for longer than the amount of time you spent asleep in the 48 hours previous to starting work. So if you’ve only had eight hours sleep, you’re good to go for eight hours.”

Having worked extensively with the aviation, manufacturing, retail, entertainment, transportation and mining sectors in Australia and advised many New Zealand companies, Dawson boils his message down to a simple mantra – “sleep buys you wakefulness”.

“Most people confuse fatigue management with their industrial agreement, and assume that if you comply with the rules of rostering then it will be safe,” says Dawson.

However, it doesn’t take much thinking to realise this is not always true. “For instance, if you’re up all night with a sick child, you will be unfit for work, irrespective of how long your shift is.”

Dawson says managing fatigue is about managing fatigue and wakefulness and ensuring that staff have had sufficient sleep in order to work safely. “The most important thing an organisation can do to manage fatigue-related risk is talk about it.”

Check out the next issue of Industrial Safety News for comprehensive coverage of the HASANZ Conference.