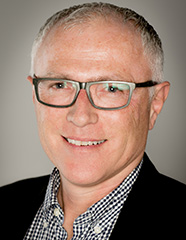 Workplace health and safety has deteriorated for many years – it took the Pike River crisis to remind us how bad it had become.

We now seem to be heading down the same path following a drinking water safety crisis, says Professor Michael Baker of Otago University.

“The Stage 2 report of the Havelock North Drinking Water Inquiry is a very thorough and useful analysis of the need to improve the management of drinking water in New Zealand. The fundamental principles identified for drinking water safety seem particularly valuable.

“The report is hard-hitting in identifying a major failure of leadership by the Ministry of Health. National public health capacity has been eroding and fragmenting for many years in New Zealand. The report rightfully identifies the need to rebuild this capacity.

“The deficiencies identified by this report include lack of national leadership, loss of technical capacity, outmoded legislation, inadequate resources, poor enforcement, insufficient monitoring, and lack of coordination. The same criticisms could be applied to multiple areas of public health. There is an urgent need to address these deficiencies.

“Consequently, I think we should be cautious about the report’s recommendation to establish a dedicated drinking water regulator with the implication that this should be separate from the Ministry of Health. I believe this aspect of the report needs further consideration.

“As noted in this report, the ‘The fundamental purpose and responsibility of the Ministry of Health is to improve, promote, and protect public health (s 3A of the Health Act)’. Most of us rightfully expect the Ministry to be the lead agency in doing just this.

“What we have seen over a period of many years is a steady erosion and fragmentation of this national public health function to the point that it is under serious threat. Many New Zealanders would probably be surprised to know that responsibility for food safety, health and safety in the workplace, many aspects of immunisation and even health promotion have been moved out of the Ministry of Health. If responsibility for safety of the water supply is also lost, that will further weaken the small core public health capacity remaining in the Ministry.

“New Zealand now appears to be lurching from crisis to crisis. Workplace health and safety deteriorated for many years, and it took the Pike River crisis to remind us how bad it had become. In response, we got a new law (Health and Safety at Work Act 2015) and a new agency (Worksafe). We now seem to be heading down the same path following a drinking water safety crisis. There are other public health crises on the horizon, caused by such threats as climate change and antimicrobial resistance.

“As part of such a review, we could consider other areas of public health that are currently neglected, such as the health and safety of the home environment, particularly for children. The location of the food safety function should also be reviewed, now that the Ministry for Primary Industries (MPI) is being disestablished.

Professor Baker has a wide range of public health research interests, with a focus on environmental health, infectious diseases, and housing. He has published more than 250 peer-reviewed papers on these topics.