Protective gloves are a great way to prevent accidental cuts to fingers and hands, but is it reasonable to assume they can eliminate the risk of all lacerations? 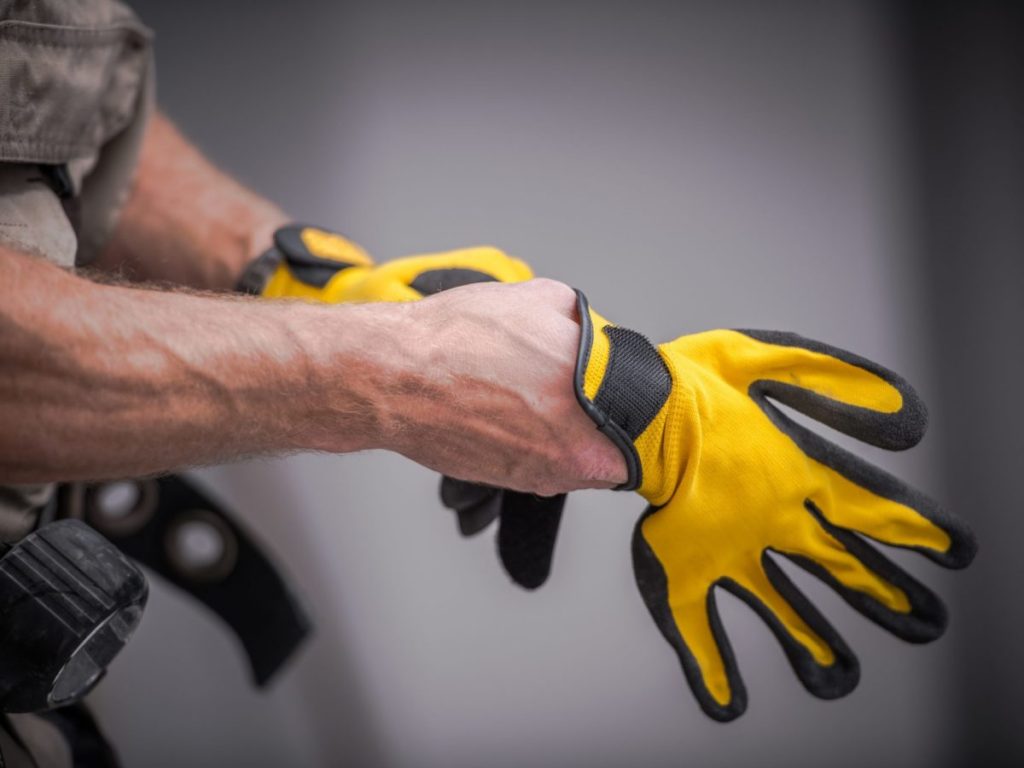 Hand lacerations are among the most common types of injuries in the workplace, and cut-resistant gloves are a great way to prevent accidental cuts and abrasions to fingers and hands. They must be well-fitting, properly maintained, and appropriately suited to the job or task at hand, in that they are the right type and cut-resistance rating level.

However, fingers and hands aren’t the only places employees can potentially cut themselves at work. While protective gloves are necessary for anyone working with sharp materials or cutting tools, they aren’t enough of a protective measure to prevent cuts elsewhere on an employee’s body.

For example, one safety manager recently reported an incident in which one of his employees was kneeling on a large piece of cardboard to cut cleanly through the material. Because the cardboard was particularly thick, the employee used his body weight to exert additional force and push down on the material.

The employee used a knife with a manually retracting blade, and on one front-to-back cut, he lost control of the knife, and the blade slipped out of the cardboard, cutting the lower part of his kneeling leg.

In this case, no gloves, not even the most protective of safety gloves, would have prevented the employee’s injury because the laceration was on his leg, far from the protection offered by the gloves.

The safety manager looked into the root causes of the incident. He reviewed his company’s procedures and equipment and found some areas for improvement, including workplace design.

He determined that one factor likely to have contributed to the employee’s injury was the tool itself: a traditional utility knife with a super-sharp steel blade. The safety manager concluded that one way to prevent similar injuries from occurring in the future was to consider additional safety equipment and tools, including smart-retracting knives.

His thinking then shifted from injury response to risk mitigation. Having the right set-up and safer tools could be the difference between a similar incident next week and never again having a laceration in the workplace.

Not just cuts, either

In addition, gloves may not be sufficient to protect employees from chemical burns or exposure to skin irritants. Employees in workplaces with hazardous materials should be outfitted with protective clothing and eyewear, in addition to gloves.

Gloves shouldn’t be the first line of defense

Most workers think cut-resistant gloves offer adequate protection against lacerations and they do lower the risk. However, the earlier example is similar to stories we hear often, where employees cut themselves on the arm, belly, leg or foot—in other words, in places gloves can’t possibly protect them.

Cut-resistant gloves are not a complete safety solution. Gloves alone are no substitute for common sense, proper training, or the right tools and equipment. Safety managers should regularly perform job-hazard assessments in order to identify possible safety issues, workplace hazards, or potential incidents before they happen, and ensure that personal protective equipment meets or exceeds industry regulatory standards.