The government-funded seasonal influenza vaccine will be available in April, and wise employers and workers should consider vaccinating themselves as soon as possible against the traditional winter menace 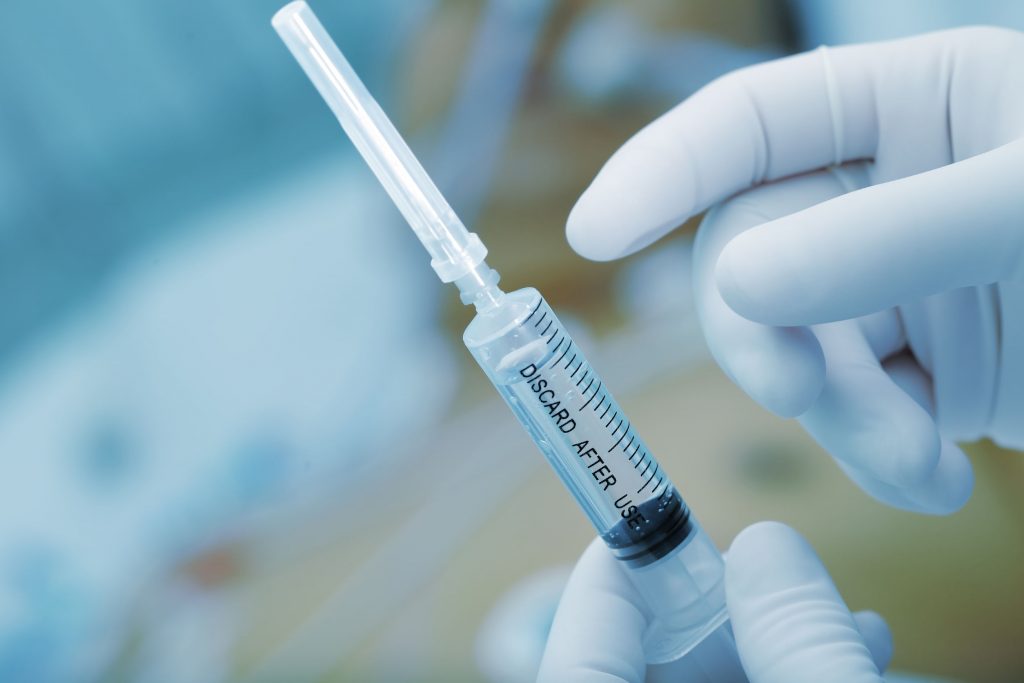 Vaccination is recommended by most health professionals despite the fact that reports from the Northern Hemisphere reveal that the latest season’s vaccine was not as effective as expected.

“There was a flu strain of Type A flu (AH3N2) that we did see in the New Zealand season last year, though we fortunately still had quite a mild flu season,” says University of Auckland, Director, Immunisation Advisory Centre, Department of General Practice and Primary Care, Associate Professor Nikki Turner.

“However, its effect was more prominent in Australia which had a very bad season and the same strain has been seen widely this Northern Hemisphere winter, creating a very heavy flu season.

“The vaccine did not have a good match to that strain and it looks like vaccine effectiveness in the northern hemisphere has either been mediocre or not effective at all for certain groups with this strain.

“The vaccines arriving in New Zealand in March for our winter season have a new updated AH3N2 strain in them, which is a better match and we hope that will give better effectiveness.”

The government-subsidised vaccines for this season also are quadrivalent (two A strains and two B strains), which should give better protection than the traditional trivalent that have only one B strain in them Turner believes.

“Vaccine effectiveness is difficult to accurately predict season-to-season and person-to-person.

“We know overall that when the vaccine types more closely match the circulating strains the vaccine is likely to be more effective.

However, she says other factors also make a difference to effectiveness.

“Older people, infants, and people with a range of underlying chronic conditions do not create such a vigorous immune response, whereas children and healthy adults create a more vigorous response.

“However, those who are most at risk of severe flu and its complications are those who are less likely to mount a strong immune response, so we cannot guarantee that even when they are vaccinated they are well protected.”

There is a further problem with flu vaccines, she adds. “Because there are lots of different strains of flu, an individual’s history of flu and of vaccination can affect their response to the current vaccine, either to boost immunity or in some examples to blunt the immune response.”

“The likely explanation for why at times we see blunting is the phenomenon called ‘original antigenic sin’ (prior exposure to a very similar antigen can lead to a sub-optimal immune response).”

There are a range of other options to improve protection for people at high risk of flu, Turner notes.

“Firstly, there are new vaccines not yet available in New Zealand that are likely to be more effective in the elderly including those with a higher dose in them and those with an adjuvant, which is added to boost the immune response.

“We hope to see these available in the next year or two.

“For infants, we know that if a pregnant woman is vaccinated she passes antibody protection across the placenta and this offers very good protection to the infant for the first few months of life, hence vaccination in pregnancy is an important strategy.

“For elderly and those in poor health we can reduce spread of the disease to them by vaccinating frontline healthcare professionals, close family members and carers – called ring protection.”

Other countries are trialling ‘herd immunity’ approaches – vaccinating all children, particularly school children, to reduce the spread of flu across the whole community.

“Children are very effective spreaders of viruses, so even with relatively low rates of vaccination this appears to be quite an effective strategy.

Turner says she has been misunderstood recently, particularly in the anti-immunisation social media, as implying this is mandatory vaccination, but it is not.

“Herd immunity does not require everyone to be vaccinated, the vaccinated will protect those around them who are unvaccinated.

“The UK, in particular, is trialling this strategy at the moment with a different sort of vaccine, a live attenuated vaccine delivered by a squirt up the nose.”

Even with relatively low rates of immunisation coverage, it appears to be effectively reducing the spread of flu in the community.

“The advantage of this vaccine is that it does not require needles!”

However, this type of vaccine is not yet available in New Zealand, or anywhere in the Southern Hemisphere.

Stay home when you are sick, keep social distance from others and cover your mouth when you cough.

“This will reduce the spread of flu significantly, however, it will not entirely eliminate it as we know people can carry flu virus and not actually be sick, so vaccination remains important alongside this.”

The holy grail of flu vaccines is to create a vaccine that will cover all strains and so won’t need to be changed every season.

“The world is working hard on this one, but we are still quite a few years away.

“So, in the meantime, we are stuck with imperfect vaccines that are still important to use against such a nasty and common virus.

“The other future hope is NO NEEDLES – new delivery mechanisms, and in particular MAPS (microarray patches) that you stick on the skin and use microneedles to enter across the skin barrier.

“That will help our needle phobia no end.”

One of the challenges with influenza is that there is evidence that influenza infection does not always cause symptoms – so people may spread the virus without realising they are unwell, notes ESR Public Health Physician, Health Intelligence Group, Dr Sarah Jeffries.

“Research shows about one in four people may be infected with influenza during a moderate flu season, and the majority of those people may not know they have flu.

“This is one reason why immunisation is a key line of defence.”

“The health burden of seasonal influenza in New Zealand varies from year to year, depending on: the types of flu viruses circulating and how well our populations are protected by the annual seasonal influenza vaccine as well as from immunity due to exposure to similar viruses in past seasons,” Jeffries explains.

“For example, 2017 was a relatively low activity season for flu in New Zealand, with a peak of about 50 GP visits for influenza-like illness for every 100,000 people per week.

This compares to the 2013 and 2015 seasons which were moderate seasons, with about 80 influenza-like illness cases per 100,000 people per week.

“About half of people with influenza-like illness may have influenza infection confirmed through testing during a normal flu season.”

People who become symptomatic with an influenza-like illness experience symptoms including high fever, cough, sore throat, muscle aches – it usually feels worse than and lasts longer than a cold.

“However, certain groups of people are at more risk of severe complications of flu, such as pneumonia, which is why the seasonal influenza vaccine is free for pregnant women, older people and those with certain medical conditions.”

The flu can also make normally healthy and young people very sick, sometimes causing hospitalisation and possibly death, so it is important to avoid the spread of the flu by good hygiene measures (as described on the Ministry of Health website, like covering coughs and sneezes, and washing and drying hands thoroughly) and to access preventative measures like the seasonal influenza vaccination.

It is difficult to determine the exact numbers of deaths each season which are due to flu, Jeffries concedes.

“This is because influenza virus infection may be one of many factors contributing to a person’s death.”

“The numbers hospitalised each year varies, but as an example, 2017 was a moderate year for indicators of flu severity: with a peak of about 250 influenza-related hospitalisations per week in July; and about two influenza-related ICU admissions per 100,000 people in Auckland and Counties Manukau DHBs reported through the SHIVERS project.

“The highest rates of hospitalisation were recorded in older people and babies less than 1 year old.”

Over 1.2 million seasonal flu vaccinations were taken up by New Zealanders in 2017, effectively taking the advice of a panel of international experts at the World Health Organization (WHO) who make recommendations each year around September for the components of the next year’s Southern Hemisphere seasonal influenza vaccine.

They do this by reviewing the viruses which have been circulating in populations internationally and assessing how well different vaccine components perform against these viruses.

“The WHO also makes vaccine recommendations for the next Northern Hemisphere influenza season around February each year.”

The 2018 Southern Hemisphere seasonal influenza vaccine, therefore, aims to cover these four viruses by including the following inactivated virus strains:

“This year in New Zealand, the publically-funded influenza vaccine includes all four strains (i.e. it is a quadrivalent vaccine).

“There is also a non-publically funded vaccine which includes only the first three strains listed above (i.e. a trivalent vaccine) and this trivalent vaccine, therefore, offers a lower range of protection.”

The Northern Hemisphere has been reporting moderate to high levels of influenza and influenza-like illness activity during their 2017/18 season, Jeffries notes.

“The effectiveness of their Northern Hemisphere seasonal influenza vaccine is yet to be finally determined in most countries.”

However, Jeffries says there are “a few” reasons why there may be a higher burden of flu than in recent years and a poorer vaccine match there:

“It is difficult to predict exactly what strains of seasonal virus will end up circulating in our 2018 season,” Jeffries admits.

“The health impact will depend on:

“A good source of further information about immunisation is the Freephone number in New Zealand (0800 IMMUNE) and the Ministry of Health website.”