Low-level lead exposure may be responsible for around 30 per cent of premature deaths from cardiovascular disease in the US each year, according to an international paper published in The Lancet Public Health 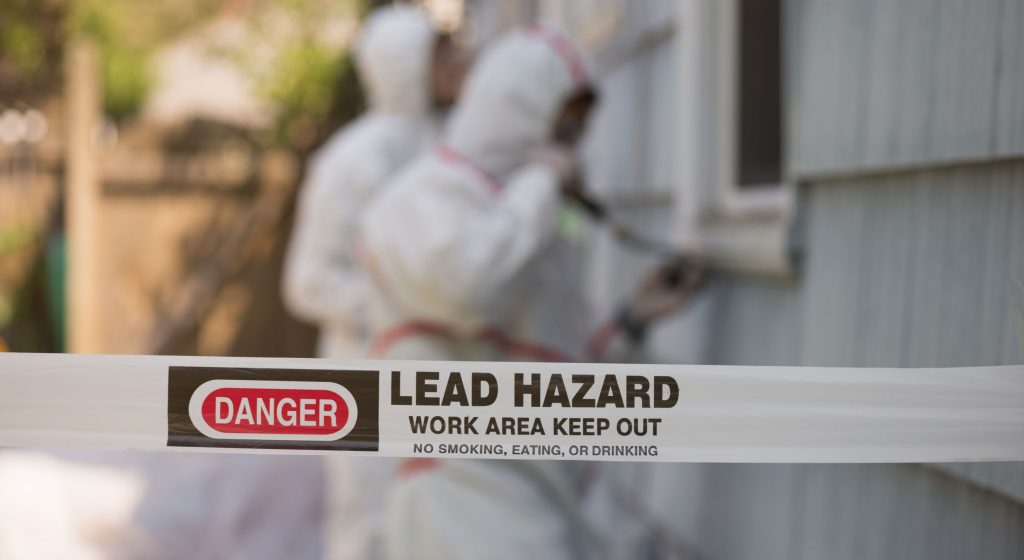 Researchers monitored the lead levels in more than 14,000 people over 20 years and found that even low-level lead exposure (between 1-5 micrograms of lead per decilitre of blood) increases the risk of premature death.

The researchers say the study calls into question the assumption that there are ‘safe levels’ of lead exposure and suggests that low-level environmental lead exposure is a leading risk factor for premature death in the US, particularly from cardiovascular disease.

This new study is a “large and well-conducted one”, says University of Otago Public Health Physician Professor Nick Wilson.

“Furthermore, the findings are very plausible given that it is well established scientifically that lead exposure is linked to high blood pressure and heart disease.”

People in New Zealand also used to have relatively high lead levels – and so it is likely that many New Zealanders have also suffered from heart disease where exposure to lead (especially from lead in petrol) made some contribution.

“Indeed, this burden was prolonged due to the failure of many New Zealand governments in the 1970s and 1980s to not act decisively despite good scientific evidence showing that lead levels were lowering the IQ of New Zealand children,” Wilson claims.

“But even if lead played some role in contributing heart disease it is unlikely to have been as important over the last 50 years in New Zealand as has smoking, a diet high in saturated fats from meat and dairy products, and physical inactivity.

But the older generation who are now entering the peak age of risk for heart disease are unaware their health may be still be affected today by lead they were exposed to as children, before the laws changed.

“It can be difficult for American studies like this one to isolate lead as an active ingredient in disease because Americans with the highest levels of lead in their blood tend to be poorer, less educated, heavy smokers, and eat an unhealthy diet,” Keohane explains.

These factors all increase heart disease.

“In New Zealand, children of all backgrounds, rich or poor, breathed airborne lead before it was banned from petrol.

“If New Zealand studies also find a link between childhood lead and midlife heart disease, that would strengthen the evidence.

“The Dunedin Study plans to look into it.”

The Dunedin study saw Associate Professor Terrie Moffit research childhood exposure to high levels of lead in New Zealand cities in the 1970s and 1980s, which was found to be linked to lower IQ and socio-economic status in adulthood.

The findings have also raised concerns across the Tasman, with Dr Ian Musgrave, Senior Lecturer, Pharmacology, University of Adelaide, noting that lead is a well-known persistent environmental toxin.

“While most Australians would be aware of chronic exposure to lead’s effects on brain development and behaviour in children, fewer will be aware that long-term exposure to relatively low levels of lead increases blood pressure and the risk of heart and blood vessel disease.”

The study followed a representative sample of the US population, who were followed from 17-22 years after measurement of blood lead and other baseline health measures.

Blood pressure and other health information, as well as causes of death, were followed over this time.

“The study’s strength is that it was able to follow a defined population over a sufficiently long time,” Musgrave says.

“However, the study only measured blood lead once, at the beginning of the study, and although they tried to correct for other causes of heart disease such as smoking and obesity, they may not have been able to correct all for possible contributory causes of death and so may overestimate the risk due to lead.

“The study suggested that almost one-third of deaths due to heart disease was attributable to lead exposure.

“This estimate is about ten times higher than previous estimates, but the careful measurement of blood lead and the long-term follow up make this estimate plausible.”

Musgrave adds that the other main finding is that lead levels generally considered to have minimal health impact were associated with higher death from heart disease.

“This suggests that lead has a larger public health impact than previously recognised. Even if the risks found in this study are an overestimate.

“While lead petrol was phased out in the 1970s, as was lead paint, recent studies show that some urban areas in Sydney and Melbourne have high soil lead levels, exceeding the Australian regulatory guideline of 300 mg/kg.

“This could potentially lead to exposures that will have adverse effects on heart health.”

“In decades past, drinking water was seen to be a comparatively minor source of exposure to lead for most people in Australia,” he explains.

“That’s because there were other much more significant sources including leaded petrol and paints.

“However, since lead has been largely phased out for those uses, exposure through drinking water may be much more significant than it was.”

The city of Flint, Michigan in the US has been dealing with a major water quality crisis regarding lead contamination since 2014.

“Although lead can enter drinking water from contaminated supplies, a more common problem involves lead being leached from pipes and other plumbing materials.

“This is particularly common where poor procedures have been used for welding and soldering.

“Household tap fittings, such as some water filters, can also contain lead-based components, which can leach lead into the water.”

Australian cities, like their local counterparts, have a very wide variety of materials, which have been used for drinking water supply pipes and plumbing.

“As a result, we can expect that low levels of lead will continue to be detected in some Australian drinking water samples from time to time.

“Lead contamination in school plumbing systems is also something I believe we should be paying closer attention to.

“I think this is of particular concern when the students come back to school after a long summer break.

“Under those circumstances, there is potential for water to have sat stagnating, with warm summer temperatures, in the school plumbing system.

“These are ideal conditions for lead to be leached from the pipes to the drinking water,” Khan warns.