Tiny needle-like fibres that can become airborne if bedrock is disturbed has the potential to cause an asbestos-type disease, scientists warn 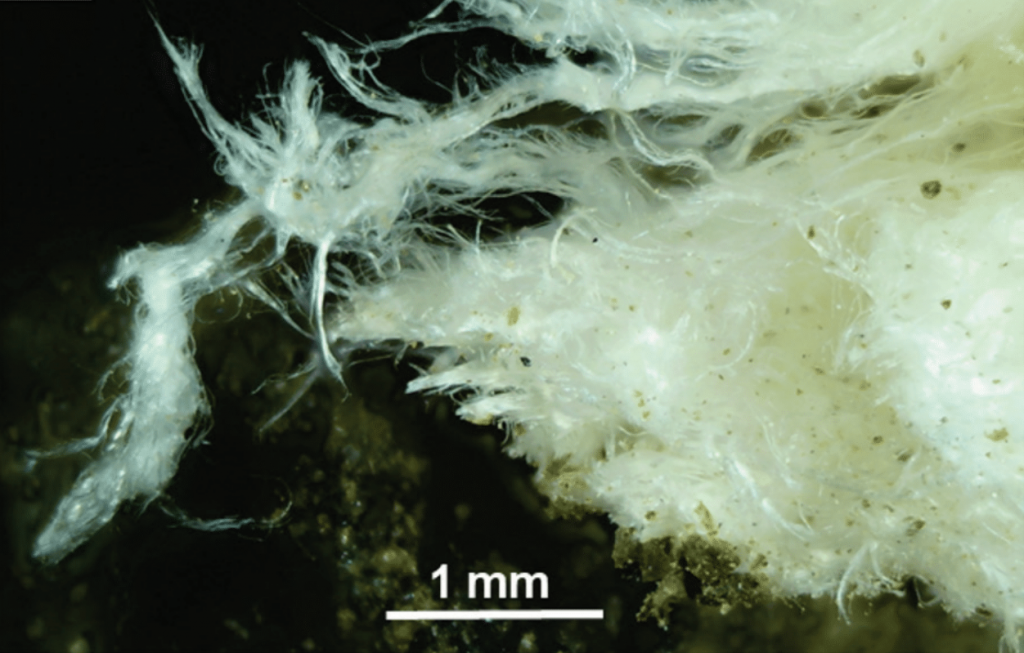 The fibres come from a mineral called erionite which originates in silica-rich volcanic rock commonly found in many parts of the world and especially throughout the Auckland region. Once disturbed – during construction projects for example – dust containing erionite can become airborne and, if inhaled, potentially cause malignant mesothelioma, a disease more usually associated with exposure to asbestos.

In an article published in the latest edition of the New Zealand Medical Journal, researchers from the University of Auckland and Unitec Institute of Technology say international research shows erionite is an emerging occupational and public health risk.

Associate Professor Martin Brook from the University of Auckland, a co-author of the article, says New Zealand should be thinking about a standard for erionite exposure and how to test for it.

“Two million tonnes of rock was removed for City Rail Link project and potentially at least some of that rock could contain erionite,” he says.

“But currently there are no international or New Zealand occupational exposure limits or standard low-cost field sampling and analytical methods for erionite.”

Co-author Associate Professor Jennifer Salmond, also from the University’s School of Environment, says the effects of exposure to erionite have not been studied in New Zealand but international research shows it generally takes between 20 and 40 years from exposure to subsequent development of disease.

“This lag between dose and response makes it very difficult to know when, where or how much erionite people might have been exposed to prior to getting ill.

“In the Auckland region we need to know where this mineral is and how much is present in soils and air before we can quantify the risk it presents to both occupational and public health.”

“We should do this research as a priority.”

That is particularly so given the size and number of major ground engineering and construction projects in Auckland, including the now-completed Waterview tunnel and current work on the CRL, Associate Professor Brook says.

“Most of the excavations being done for large construction projects involve the type of rock where erionite can be present, often with waste rock and soil loaded onto trucks and dumped. Earthworks for residential subdivisions may also be an issue.”

Erionite does not pose a health risk when it is embedded in rock below ground. Studies around the world have shown that where erionite is present in bedrock which has been disturbed either by natural processes or by human activity, there are increased rates of malignant mesothelioma.

International studies have also shown that people working in the construction or quarrying industries are most at risk, Associate Professor Salmond says. Anyone at risk from exposure should be wearing full protective gear because it’s likely erionite fibres can be carried on clothing.

Erionite is only now being seen as an emerging health risk with the International Commission on Naturally Occurring Asbestos recently establishing a working group on erionite, she says.