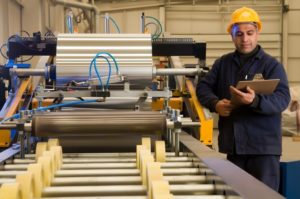 ACC’s annual report, released in early October shows a net deficit of $3.4 billion, against a budgeted surplus of $129 million. This was driven by a sharp decline in interest rates, and volatility in global financial markets, including the impact of Brexit.

The result was despite a 10.22 percent return on ACC’s investments, which saw investment income grow to $3.3 billion, $1.6 billion higher than budget, growing net investment assets to $34.8 billion.

The decline in interest rates had a significant impact on ACC’s outstanding claims liability (OCL), which measures the future cost of all existing ACC claims, discounted to present day dollars (see explanation below). The single effective discount rate ACC uses to value the OCL fell by more than 1.2 percent during the year, increasing the OCL by $6.4 billion.

“Despite the deficit, the financial position of the ACC scheme remains very strong with the levied accounts fully-funded. New Zealanders can have confidence in the financial sustainability of the Scheme,” Dame Paula says.

“A deficit of this size does not have the same impact it would have had in the past. That’s because the gap between the Scheme’s assets and liabilities is smaller and the government’s new funding policy allows ACC to now look over a 10-year horizon, smoothing any short-term volatility that arises.

“The solvency of the levied accounts remains above the new funding policy’s target levels of between 100-110 percent. This allows ACC to propose levy reductions for employers and motorists in our current levy consultation.”

The year also saw higher than forecast claim volumes with ACC accepting 1.93 million new claims – an increase of 5.2 percent – and paid out $3.5 billion. Nearly one in three Kiwis made an ACC claim in 2015/16.