The world’s biggest construction company has won the $200 million contract to build the Park Hyatt Hotel in Auckland’s Wynyard Quarter. 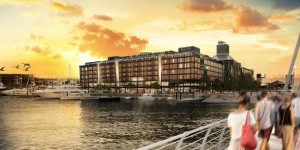 Both contracts are with the locally- owned Hawkins Group, New Zealand’s second largest builder behind Fletcher Construction, and both projects are for clients with Chinese connections.

China Construction NZ has also expressed interest in the $387.8m four-lane Penlink highway to Gulf Harbour, which has yet to be approved.