An ongoing problem that affects one-third of New Zealanders and can pose serious workplace dangers could be successfully treated online, according to a new study. 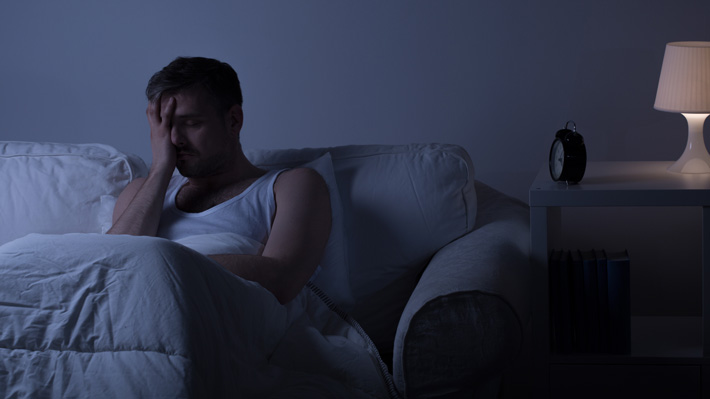 Treating insomnia via a digital cognitive behavioural therapy (CBT) programme resulted in improvements in sleep, as well as reductions in transient experiences of paranoia and hallucinations, according to a large randomised trial published in The Lancet Psychiatry journal.

The intervention also had benefits in reducing symptoms of depression and anxiety.

Importantly, the study showed that improvements in these symptoms were largely a result of improved sleep, suggesting that sleep deprivation might play a causal role in the development of some mental health symptoms.

The study is the largest randomised trial of a psychological intervention to date, and highlights the importance of addressing sleep problems in the general population.

It also suggests that improving sleep should be given a higher priority in the treatment of mental health problems.

However, further research is needed to understand the mechanism linking sleep deprivation and mental health symptoms.

Sleep problems are common in patients with mental health problems.

The study saw 3755 participants with insomnia randomised to receive digital CBT for insomnia (1891 people) or not (1864).

The study took place at universities in the UK, and students volunteered to take part.

Both groups had similar rates of interaction with mental health services (18 per cent).

The CBT intervention was delivered via a digital programme called Sleepio, accessible through a web browser.

The interactive programme involves six sessions of 20 minutes each, and includes behavioural, cognitive and educational components [1] presented by an animated therapist.

Participants complete daily sleep diaries throughout, which are used by the programme to tailor the advice.

Participants completed online assessments to report on their levels of insomnia and experiences of paranoia and hallucinations.

They completed assessments at the start of the study (0 weeks), during the therapy (3 weeks), at the end of the therapy (10 weeks) and 3 months later (22 weeks).

At 10 weeks, the sleep intervention reduced insomnia by 4.78 points (0-32 point scale), experiences of paranoia by 2.2 points and experiences of hallucinations by 1.58 points.

The effects on depression and anxiety are consistent with other research, but more research is needed to confirm these effects.

Sleep therapy did not affect contact with mental health services, and the authors note that longer term follow-up might be needed to test this effect.

Further analyses showed that improvements in sleep accounted for almost 60% of the change in experiences of paranoia and hallucination after treatment.

“Sleeping well can help shift our blues, reduce our fears, and make us happier.”

When it comes to psychological disorders, sleep problems are very much the poor relation Freeman believes.

“For too long insomnia has been trivialised as merely a symptom, languishing way down in the league table of problems to be tackled.

“However, how well we sleep might actually play a role in our mental health.

“For many people, insomnia can be part of the complex package of causes of mental health difficulties.

“If you can sort out your sleep, you could also be taking a significant step forward in tackling a wide-range of psychological and emotional problems,”

The authors note that while some participants may have had a mental health diagnosis, further research is needed to understand whether the findings apply to patients with clinical diagnoses of mental health disorders, or with more severe symptoms of psychosis.

Mental health problems, including psychosis, are caused by a wide range of factors, both genetic and environmental, and the findings do not imply that sleep deprivation is the largest cause of psychotic experiences, rather that it may be a contributing factor in the development of some mental health symptoms.

The findings still applied when the drop-out rate was taken into account.

Finally, further research will be needed to test if the effects of sleep treatment extend beyond a few months.

“Treatment of insomnia might help reduce the burden of mental ill health and prevent onset of symptoms such as hallucinations and paranoia.

“The findings add to understanding of the significance of insomnia as a causal factor in mental ill health, and corroborate findings from observational studies or smaller trials.”