Enerpac has introduced a new range of Sync Grip Pullers which feature synchronised movement of their locking jaws for simultaneous engagement and optimised safety. 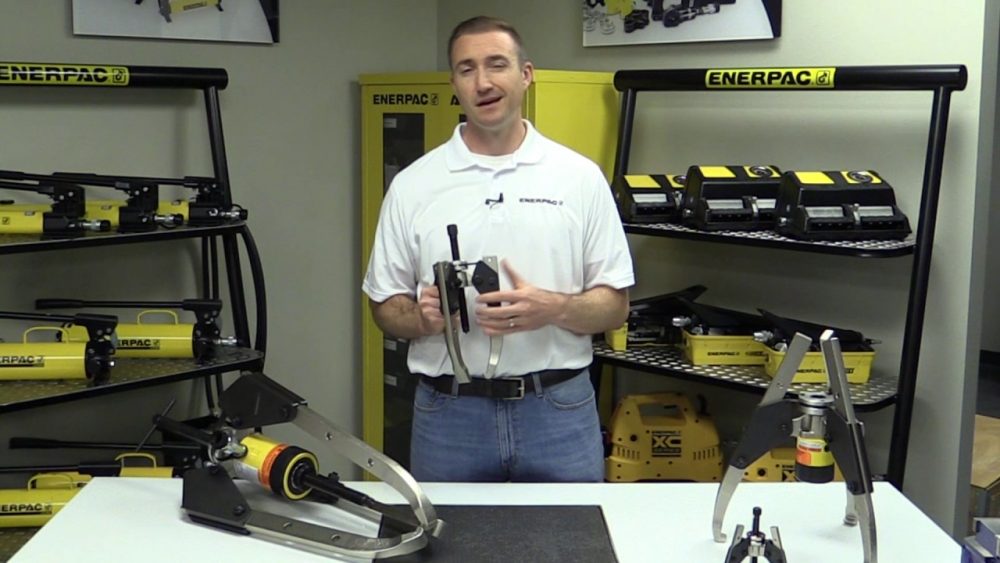 Applications include maintenance of fixed and mobile machinery and plant as well as heavy vehicles and rolling stock in industries such as the automotive, construction, civil, mechanical, production and process engineering, manufacturing and metal working, mining and energy, oil and gas, materials handling, primary production, road, rail and tracked vehicle transport, water and waste water industries.

For loads up to 20 tonnes, the SGM-Series mechanical pullers provide an economical and efficient option, with all the same rugged high-strength features as the hydraulic option.

“Both the mechanical and the hydraulic Sync Grip Pullers offer efficiency as well as safety, because one worker can do a job that often requires two with other tools,” Lange claims.

A safety and workplace benefit is that the pullers will even grip on surfaces where normal pullers would slip off – for example, on tapered bearings.

“Their, smooth, simple and safe operation means that, instead of impact hazards created by removal methods using hammers and levers – with risks to both the workpiece and maintenance personnel – Sync Grip Pullers draw parts smoothly and precisely without the need for heating or prying,” Lange says.

“Sync Grip Pullers are the latest evolution of Enerpac’s advanced puller technology. Being able to facilitate simultaneous engagement of each jaw adds an additional level of safety and reliability to a very common industrial process.”

Features of the new ranges include:

They are backed nationally and on-site by the sales, service and technical expertise of the Enerpac distributor network, which has been a market leader in Australasia for more than 50 years.