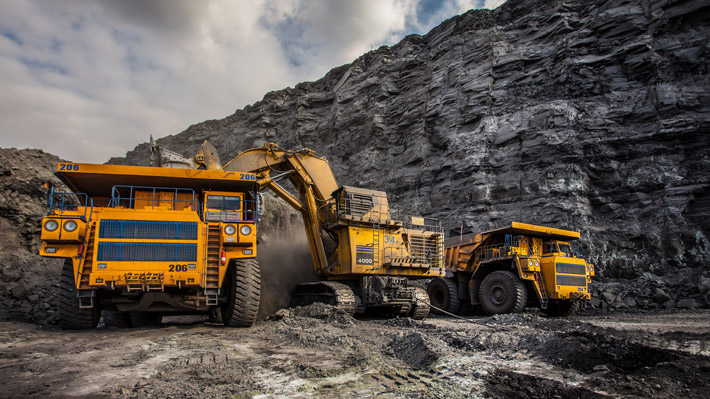 Collision and struck-by incidents involving mining machines and other vehicles, objects, or people can result in fatalities or serious injuries.

The bigger the machinery, the harder it is for operators to see around them due to restricted visibility – be they mining machines or any other type of large equipment.

This has been especially evident at surface mines with incidents involving large-haul trucks.

One incident concerned a D10 bulldozer operator who was advancing a tip head and noticed a soft area off ground that needed to be repaired to prevent dump trucks from getting stuck.

The bulldozer operator manoeuvred his machine to repair the area by side-cutting the existing dumped material.

While manoeuvring the bulldozer, a fully loaded 777 dump truck approached the tip site and positioned to unload.

The bulldozer operator did not see the dump truck and reversed into the P1 wheel assembly, deflating the tyre and causing structural damage.

Similarly, a haul truck was approaching the right-hand side of a tip head during a night shift while a bulldozer was working on the left-hand side.

As the truck turned to line up with previously tipped load, the bulldozer operator decided to tram the vehicle over to previously dumped load to push it over the tip head.

The bulldozer operator initially believed he would get there before the truck but once he realised he wouldn’t, and that he was in the path of the reversing truck, he tried to reverse out of the way.

He was unable to warn the truck operator.

The reversing truck clipped the corner of the bulldozer, damaging the P6 tyre and rim.

The loader operator misjudged the height needed to raise his bucket to allow the truck to reverse in for loading. This resulted in the loader bucket getting stuck on the tub of the underground truck.

The loader operator was unable to alert the truck operator to stop reversing and the loader tipped onto its left-hand side.

Another near miss involved two workshop personnel in a light vehicle who were on their way to do maintenance in a mining pit area when they had to stop to avoid a 777B dump truck that went through a give way at an intersection.

The truck came within metres of the light vehicle.

Use of heavy machinery and moving objects in mines and quarries is a critical risk area which the sector needs to address through introducing effective controls and monitoring their effectiveness.
Controls for critical risks must be understood by all personnel and applied without exception to ensure everybody’s safety.

More information can be found at:

Health and Safety at Opencast Mines, Alluvial Mines and Quarries