Providing the right tools for the job is paramount for workers working at height to avoid life-changing injuries, WorkSafe New Zealand insists. 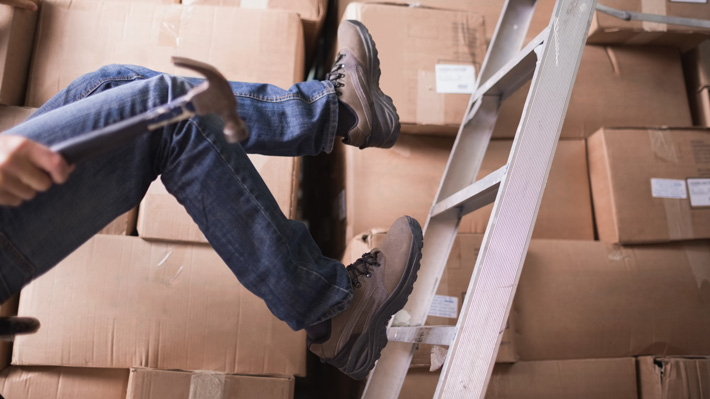 Two workers were doing fire alarm installation work for Ask Metro Fire Ltd when one fell from a ladder and is now a tetraplegic.

They were shifting wires previously installed by their company.

In the absence of the right tool for the job, the victim placed a 6-ft ladder on top of a mobile scaffold and in doing so ended up above the limited protection of the basic scaffold guard rail and fell less than three metres to the concrete floor.

“A man’s life and livelihood has changed forever because the company responsible for his safety and wellbeing failed to take a series of steps to ensure he was safe at work,” says Chief Inspector Keith Stewart.

“There wasn’t enough attention paid to the working environment or whether the men had the right gear and sufficient training to do the work.

“While some instruction was given, there was no re-assessment of the work environment which had changed since the prior work was done on the site.

“This company had identified working at height hazards but failed to provide its workers with appropriate tools for the job.”

Stewart says business owners and workers need to realise that working at heights in unsafe conditions can have catastrophic consequences.

“It is imperative businesses have good health and safety systems and policies in place and ensure they implement them.”

Ask Metro Fire appeared in the North Shore District Court and was fined $60,000 and ordered to pay reparation of $194,715 after pleading guilty to one charge under the Health and Safety in Employment Act 1992.

The company was charged was under section 6 for failing to take all practicable steps to ensure an employee or its contractor wasn’t harmed doing work they were engaged to do.