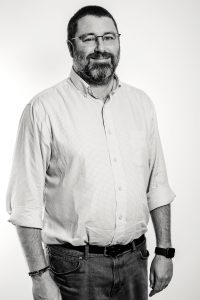 Dr James Polston has been announced as Scientific Director at Helius Therapeutics, leaving the United States where he was a leader of research and development at the world’s largest medicinal cannabis company, by revenue

Leading both extraction and processing during his tenure at Trulieve Cannabis Corporation, Dr Polston was responsible for major R&D initiatives, extraction, manufacturing, product development, and external scientific research programmes. He’s been directly involved in the formulation of many medicinal cannabis products on the market today in California, Oregon and Florida.

Dr Polston obtained a PhD in Biomedical Sciences from Albany Medical College, where he studied in the Department of Neuroscience and Experimental Therapeutics. He also holds an advanced degree in Biomedical Ethics from the Alden March Bioethics Institute.

Helius Therapeutics Executive Director, Paul Manning, says as New Zealand’s foremost biotech company working in medicinal cannabis R&D, Dr Polston will not only be a significant asset for Helius, but also for the country.

“James is a ground-breaking hire for Helius, and he brings extraordinary scientific expertise to our local cannabis industry. We believe New Zealand will become a centre of research excellence in this space.

“He is the first world-class medical cannabis researcher to now call New Zealand ‘home’. Dr Polston led a team of research scientists and worked extensively on product development as a senior manager at Trulieve, which has over 1,300 staff based in Florida. He brings considerable global experience building and managing cannabis laboratories and production facilities,” says Mr Manning.

Helius is New Zealand’s largest licensed medicinal cannabis company and the first certified New Zealand Grown cannabis producer. Mr Manning says securing this appointment is another example of the company’s commitment to developing novel cannabis medicines that will ease the suffering of thousands of New Zealanders.

After completing postdoctoral training at the Pennsylvania State College of Medicine, Dr Polston established Emerald Coast Research. He published work with the Director of the National Institute on Drug Abuse, has extensive clinical research experience, and is widely regarded as an expert in plant-based therapeutics after spending more than a decade investigating treatments.

Dr Polston says he started Emerald Coast Research due to the lack of testing and R&D in medicinal cannabis when the industry got started in the United States. He then moved into therapeutics production and consulting in the California cannabis industry, and eventually landed a position with Massachusetts-based Curaleaf, one of the largest vertically integrated cannabis companies in the United States. At Curaleaf, Dr Polston oversaw the buildout and management of its Oregon laboratories, formulated core products, and managed manufacturing and production.

“I started out during the pioneering years of the medicinal cannabis industry in North America. Since then I’ve had exposure to many different cannabis laboratories, giving me great insight into cutting-edge cannabis extraction technologies and techniques that are moving the industry forward today.

“I was inspired to join Helius because of its entrepreneurial energy, its strong focus on biomedical R&D, particularly its commitment to exploring and developing cannabinoids as medicine, and the opportunity to create new products that will truly help people.

“I love being part of the global evolution of medicinal cannabis, both commercially and scientifically. Helius is a business that’s genuinely looking to solve big health problems, and the New Zealand industry is in a very exciting phase,” says Dr Polston.

Helius is a New Zealand-owned biotechnology company focused on medicinal cannabis research and development. It is the country’s largest licensed producer and the first medicinal cannabis cultivator to be certified as New Zealand Grown through Buy NZ Made Campaign. The company is building a state-of-the-art facility in Auckland with indoor controlled growing systems, integrated extraction site, an advanced cannabinoid research laboratory and manufacturing operations. As New Zealand’s regulatory environment changes, Helius is poised to set the standard for effective and accessible medicinal cannabis products in New Zealand.