A Manawatū farmer says his community wants easier access to a blood test for toxic chemicals from firefighting foam, but the Health Ministry is telling them not to bother according to RNZ News 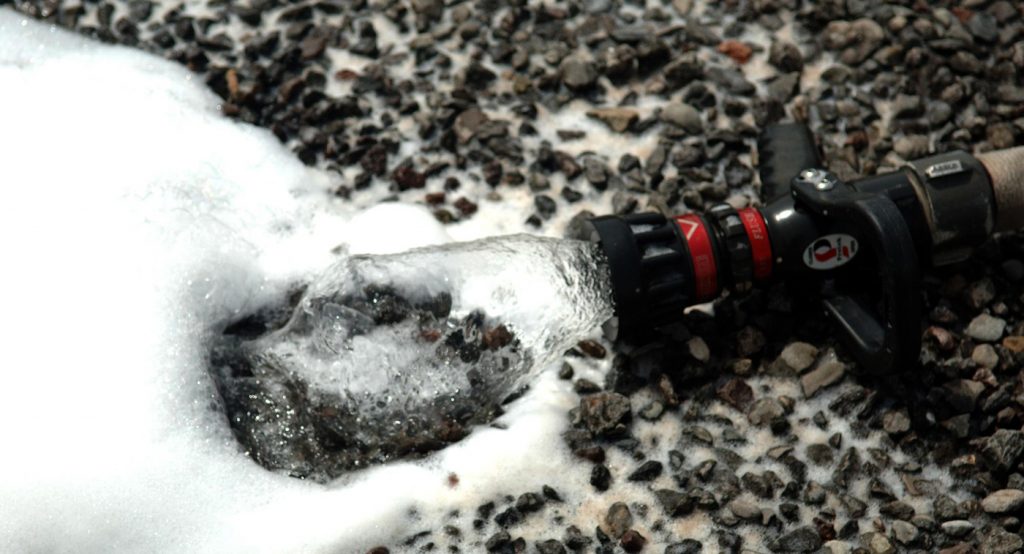 The groundwater around defence bases including Ōhakea in Manawatū have been contaminated with toxic and long-lasting firefighting foam chemicals.

The PFAS class of chemicals – of which PFOS and PFOA are banned in New Zealand – accumulate in the body over time.

They are increasingly linked in overseas studies to environmental and health risks.

The US Agency for Toxic Substances said the effect of the chemicals was not certain but it could increase the risk of cancer, decrease fertility and cause problems with fetus development.

The Ministry of Health’s advice since December is that there is no conclusive evidence of long-term health damage from ingesting the PFOS or PFOA left in the water or soil from firefighting foam. This is very similar to Australia’s official advice.

The ministry put out a statement yesterday clarifying that there are free blood tests available for people in contamination zones, but the ministry has previously downplayed the necessity of blood testing for the chemicals.

Director of Public Health Caroline McElnay put out a statement saying individual blood testing was not recommended because it could not give a likely cause for a current health condition.

It also said tests would also not reliably predict sickness and could mislead a person about their exposure to PFAS.

However, Ōhakea farmer Andy Russell said what tests could do was reveal how much PFAS a person had in their blood.

“It sounds like absolute nonsense,” he says of the ministry’s statement. “It’s the number-one concern of the residents.”

Russell, who lives outside the contamination zone but farms within it, heads a group of concerned residents and said people wanted to know what was in their blood so they could manage any exposure.

He has written to the Defence Force and Environment Ministry raising the community’s concerns after listening to locals at a meeting last week.

He says officials were telling Manawatū locals there was no standard in New Zealand for how much PFAS was too much.

The Ministry of Health argues there is no standard partly because there is no baseline measurement for how much PFAS people might normally have in their blood.

“We have families in that district who have been exposed all their lives to it, children who’ve been exposed … we need to at least find a base level,” Russell says.

There is a baseline measure of sorts however, after a 2013 Massey University study found all 750 people it tested had low levels of PFOS in their blood.

“Then that definitely means residents who want their blood checked should … and there shouldn’t be any barriers to it,” Russell says.

The process for getting a free PFAS blood test also means having an hour-long interview with the local medical officer of health.

Russell says that was a barrier, as he had heard from one person who had gone through it who said the medical officer had spent the hour repeating Ministry of Health’s advice not to take a blood test. RNZ has spoken to that person to confirm that.

The Health Ministry said people needed to be fully informed of the limitations of the test for PFAS.

Russell says another barrier was that GPs, who can order PFAS blood tests if they think it necessary, had not all been briefed about the concerns around PFAS and the possible need for tests.

A Cabinet briefing paper on the contamination released in February said blood tests were not recommended because it could not determine the health effects but stated that GPs could offer tests if they thought it necessary.

“There is no conclusive evidence that PFOS and PFOA exposure will result in future health problems,” it says.

“However, if a GP considers a blood test is necessary, for the patient’s peace of mind, this will be offered.”

“If their GP thinks that the test will help their patient, the GP can refer their patient to a laboratory to have their blood taken.”

Manawatū mayor Helen Worboys said this week she had asked the government to ensure doctors were informed.

So far only four blood tests have been done nationwide.

Some locals had told Russell they would get a blood test if there weren’t these barriers to it.

It also seemed at least in part to be question of resources, Russell says, pointing out there had now been delays in getting the results back from a second round of water testing around the area.

“There needs to be some ongoing testing to just see what possible effects there could be down the track,” he says.

“People have the right to know how much pollution there is in their bodies,” says Grandjean, who is also chair of environmental medicine at the University of Southern Denmark and has advised top EU, UN and US authorities about PFAS chemicals.

“I must insist that it is a ‘must’ for people who have been exposed – and in this [New Zealand] case it is actually the government that has exposed the community.”

Grandjean says the approach in the US, Germany and Sweden was quite different.

In those countries, the government did offer people blood tests, then they could choose whether they wanted to hear the result or not.

“Then they would fill in a questionnaire so that this analysis could be used by the government to figure out how extensive is this exposure,” Grandjean says.

Failing to encourage blood testing acted to limit what any government could find out about the extent and seriousness of contamination, he says.

Australia also offers free blood tests to people who have potentially been affected, but the only barriers to that are a declaration for eligibility and free consultation with a GP.

Queensland lawyer Joshua Aylward – of law firm Shine, which is suing the Australian Defence Force on behalf of people in the badly contaminated town of Oakey – said New Zealanders had to push for better tests all around.

“I’d also be pushing for transparency from the NZDF,” he says.