You are at:Home»All News»Health»Dog Safety and Responsibilities in the Workplace
November 8, 2017 Health, Training

There has been a 45% increase in dog bites in industry over the past decade. 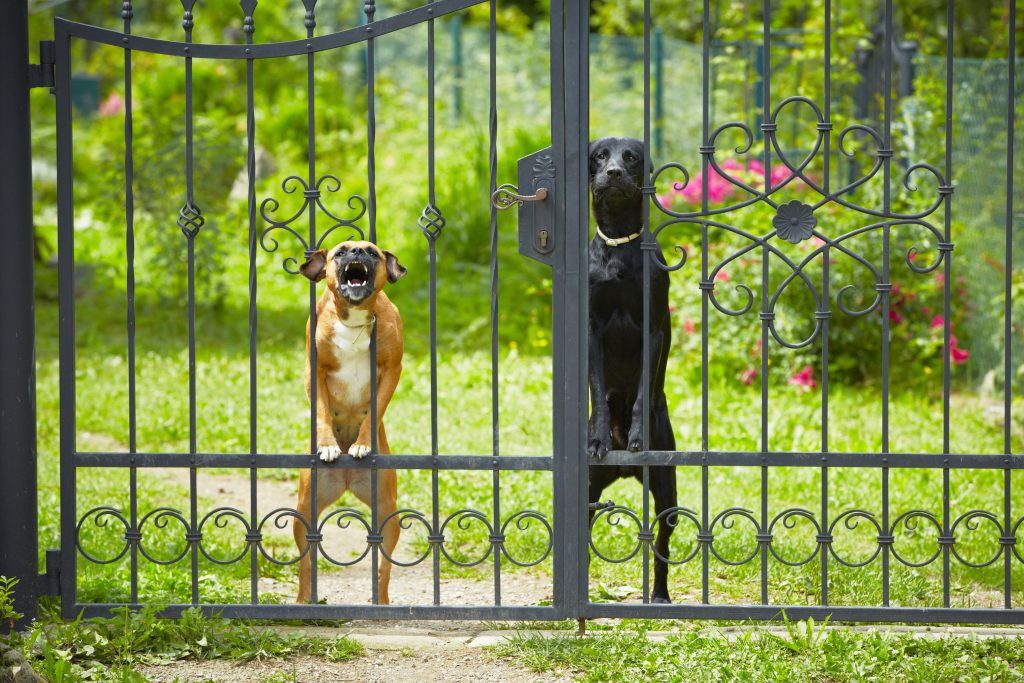 More than 130 industries have been identified as being at risk due to workers entering properties where dogs may be present.

The Accident Compensation Commission has the most comprehensive reporting for dog bites available in New Zealand. However, ACC figures are based only on bites that require medical attention.

“We know from reports in Europe that less than 40% of dog bites are actually reported,” says Joanna Clough, a director of The Dog Safe Workplace, which offers online and in-house training programmes to help businesses keep their staff safe from dog bites.

“I am surprised how many people approach me after each event at which I speak — they either had a close call or were bitten by a dog,” says Ms Clough.

“Most went unreported either because they felt it was not a serious enough situation, or they didn’t want to fill in the paperwork,” she says.

“Training yourself and your staff on risks associated with Health & Safety is essential. It is important to understand that you cannot delegate responsibility.”

Ms Clough says that under the Health & Safety at Work Act 2015 the PCBU (Person Conducting a Business or Undertaking) must identify any known risks and ensure that they are minimised where reasonably practicable. They must provide training that is suitable and adequate.

Estimates last year of 16,000 reported dog bites per annum by 2020 if we did nothing to increase awareness has already been proven to be well short of the mark.

“It is happening much faster than I originally projected,” she says.

How can you keep yourself and your workers safe?

Education is the best option. If you understand the fundamentals around canine body language you are in the best situation to help yourself.

Most dogs don’t go out of their way to bite people but for thousands of years they have been trained to protect our property.

And they do a really good job.

How many times have we heard – “don’t worry about Fido he’s never bitten anyone he’s just excited”.

That’s OK until it does bite someone – there’s a first time for everything.

Or possibly the other way around as Fido may be very protective of his owner.

“When we were researching what was available worldwide in terms of training one of the first things we noticed was that many of the organisations were dog trainers, rather than people trainers,” says Ms Clough.

“We do have dog trainers on our team. As a rule though, we are trained and specialise in educating adults.

“All our instructors and developers have Canine Body Language training as part of that skill set.

“Our role is to ensure that workers know more than just what to do if a dog attacks.

“We also make them aware of why a dog may attack. And what to look out for when approaching a property –  signs that show if a dog is present.

“The subtle signs when a dog is fearful, stressed, anxious — what to look for and how to behave if a dog attacks or is going to attack, as well as what to do when an attack happens,” she says.

Many organisations have policies such as ‘Don’t enter if there is a dog’ or ‘make sure the dog is locked away from where you are working either in a kennel or another room’, says Ms Clough.

“This sounds great, but will only work if these rules are strictly followed and the dog stays where it has been put.”

The art of training

Many of The Dog Safe Workplace clients are nationally based so they need a course that is consistent in its delivery.

“They find it difficult to get their staff together for training, especially as the majority of workers we train are not based in an office.” says Ms Clough.

“Often they had to travel long distance to be able to attend a course, which is time off site and traveling, increasing the cost.”

“The fact is, if you are entering a property where there was, is, or could be a dog you need to know what to do and how to behave” she says.

“Make sure when you are training your staff that you use a reputable company and that the training programme is designed to specifically suit your requirements.”

Being online also allows the company to customise the course to suit the industry in which they work. Updates can be quickly made.

The Dog Safe Workplace partnered with Intuto, a New Zealand based company which offers a training platform which Ms Clough says is ideally suited to its requirements.

“It features a built-in LMS (Learning Management System) which allows us to report to the company when workers have completed the course, if they are in progress and even advises for a certificate to be sent to the worker upon completion.

We often hear stories of dogs being let out, or escaping, with dire consequences, says Ms Clough.

“The health care worker who received more than 150 stitches last year when a dog broke its chain, or the plumber who crawled under the house to fix a pipe on a property where no dogs were allowed — the dog was hidden under the house.”

It showed costs based on $23,000 in medical spending, 137 days off work, temporary coverage of the role by a replacement and three different wage brackets.

It quickly adds up to a lot of money spent on a potentially avoidable incident.

Tips for getting yourself out of trouble

If you find yourself at risk:

Joanna Clough is a director of The Dog Safe Workplace and a regular speaker at events where she discusses the importance of addressing Health & Safety policies and educating workers on known risks and safety around dogs.

She formed The Dog Safe Workplace after years of research with Laura Purkis regarding the increase in dog bites in industry around the world and how it could be best addressed in New Zealand.