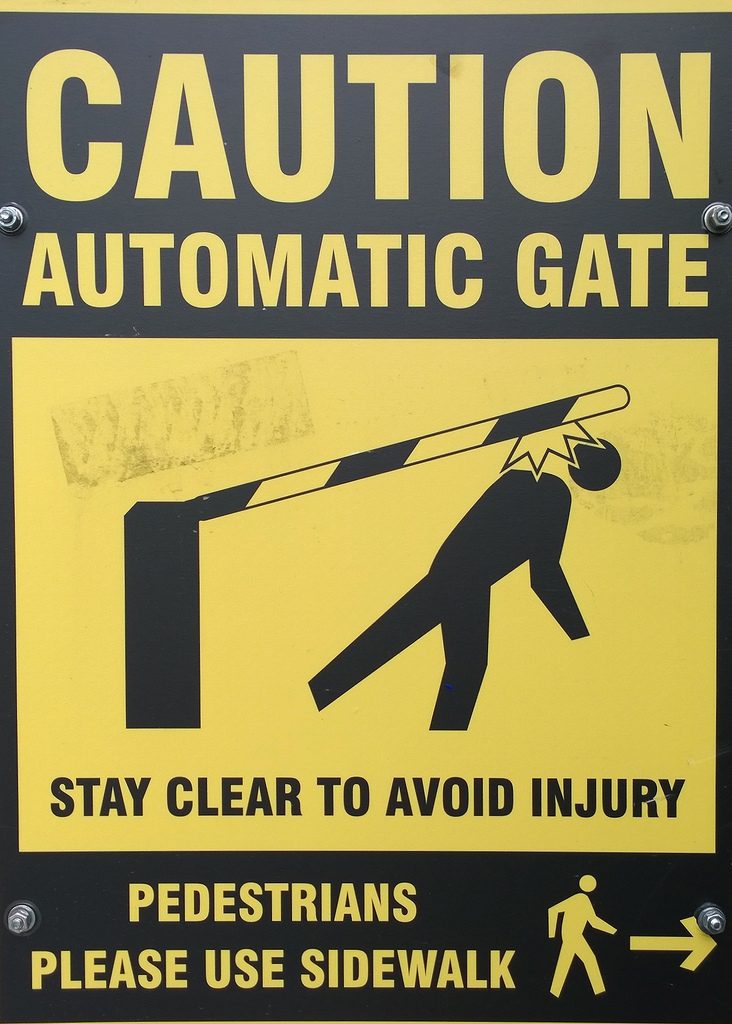 WorkSafe has issued an automated gate safety alert following a serious incident in which a child was injured by a set of automated gates.

The child became trapped in an automated gate as it opened to let a car through, causing injuries consistent with crushing.

The gate stalled and jammed when it came into contact with the child.

Fortunately, a group of adults close by were able to free the child, who has since made a full recovery.

If the adults were not there to intervene, the child could have been crushed to death.

How did it happen?

The child was playing in a public park by an automated gate which retracts to open after a car has activated it via sensor loops under the tar seal.

The child was at the end where the opening gate retracts into, which is known as the gate housing.

The child was not visible to a driver approaching the gate because of a bush.

As the car approached, the gate opening activated and the child was pulled into the space between the wall behind the gate and the bars of the gate (the gate housing).

The process of the child being pulled into the space, trapped and being crushed took less than 45 seconds.

The gate had no safety devices to protect people from injury as it opened.

These devices are designed to detect obstructions such as objects and people, stop the gate, and force it to move in the opposite direction so the object or person is released.

The following recommendations apply to businesses:

WorkSafe recommends they consider installing the following safety features in automated gates currently without safety devices to ensure safety while opening, the combined cost of which is approximately $2,150.00 (excl GST):

Whether all or some of these recommendations are reasonably practicable will depend on the style and operation of each individual automated gate.

Businesses will need to undertake a risk assessment to decide which can reasonably be installed.

What can be learned from the incident?

Automated gates without safety devices are hazardous when opening and when closing.

The gate in this incident had a photo-electric beam which stopped the gate if broken while the gate closed.

However, the gate did not stop if the photo-electric beam was broken while the gate was opening.

It is common for gates to have these photo-electric beams but businesses involved with designing, importing, manufacturing gates (ss 39-43 HSWA 2015) and those organisations which control the grounds on which the gates sit may not be aware of the safety issue when the gate is opening (which can be managed by the features listed above).

The United Kingdom’s Health and Safety Executive (HSE) has developed two guides after a number of deaths and serious incidents involving children becoming trapped in automated gates there.

The guides summarise action landlords, commercial owners and facilities managers need to take to ensure the public, staff, and other workers are not at risk by gate design, construction, operation or lack of maintenance.

The HSE also has a web page on automatic gates with useful links.(external link)

A charitable organisation called Gate Safe was created in response to the incidents.

Gate Safe focuses on automated gate safety and has material to aid automatic gates installers and legal entities which control grounds on which automatic gates sit, to assess and manage risks associated with their use: http://gate-safe.org(external link)